The University of Helsinki is among the officeâ€™s significant historic-building restoration and renovation projects; the university's main building was designed by C.L. Engel. The interior of the new section represents the classicism of the 1920s and 1930s. A challenge in the two-phase restoration was equipping the historic building with modern technology without compromising the main goal, preserving and bolstering the Engel spirit. 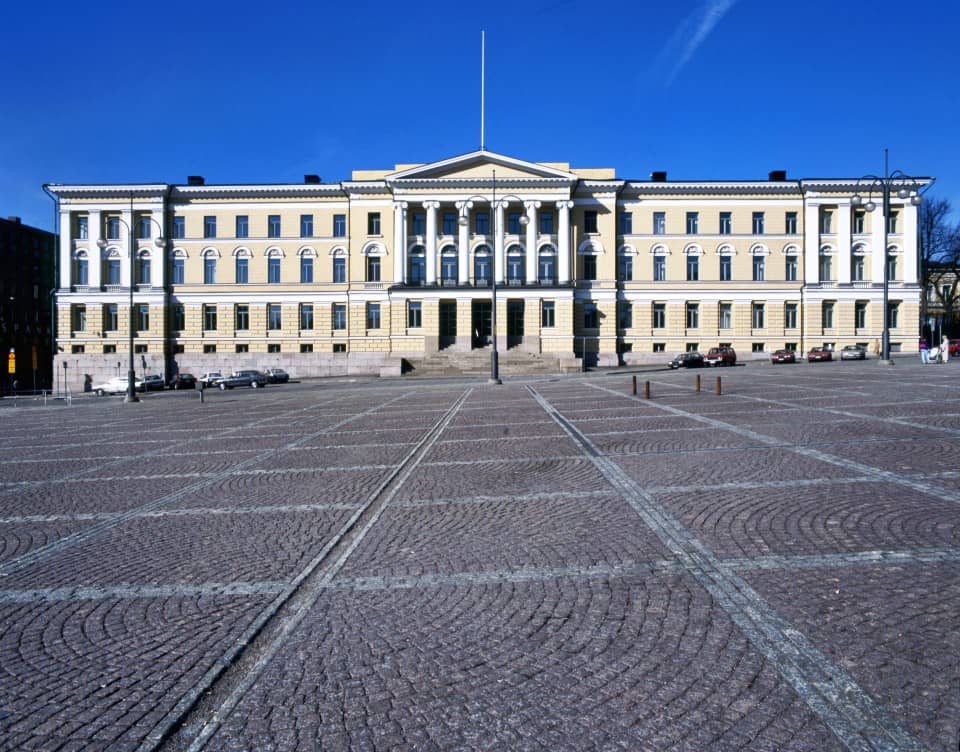 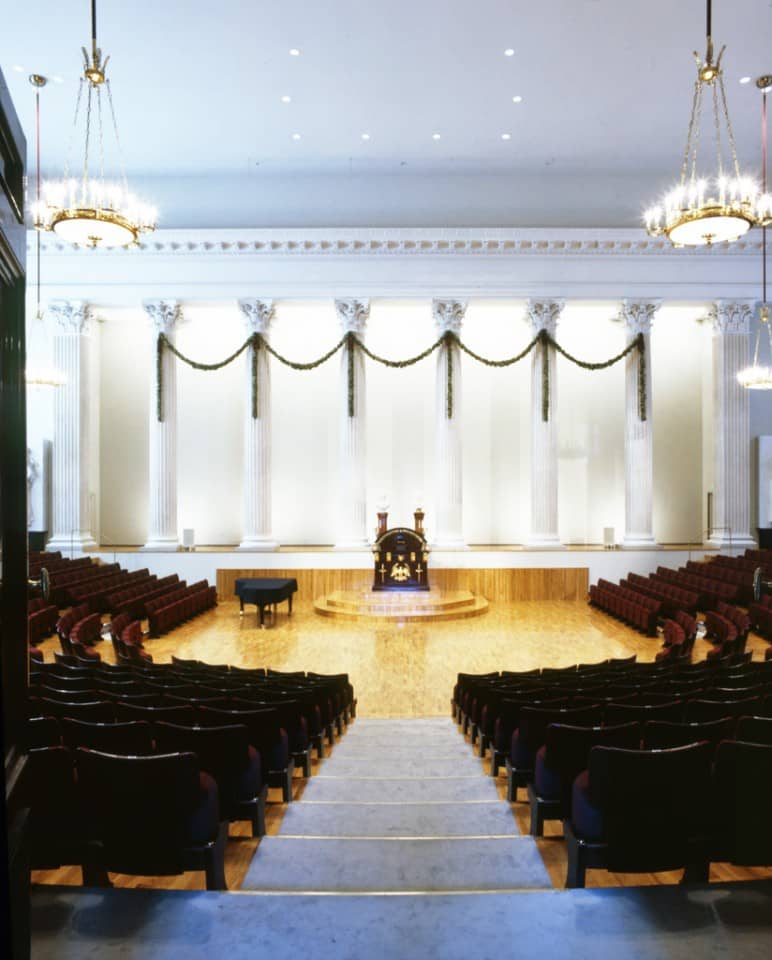 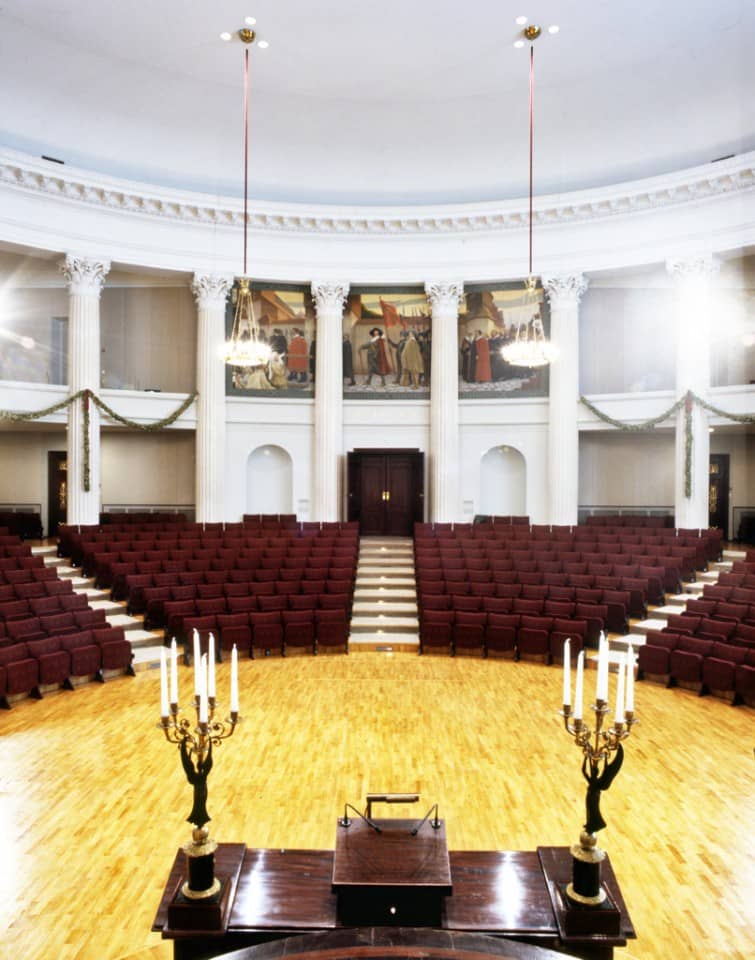 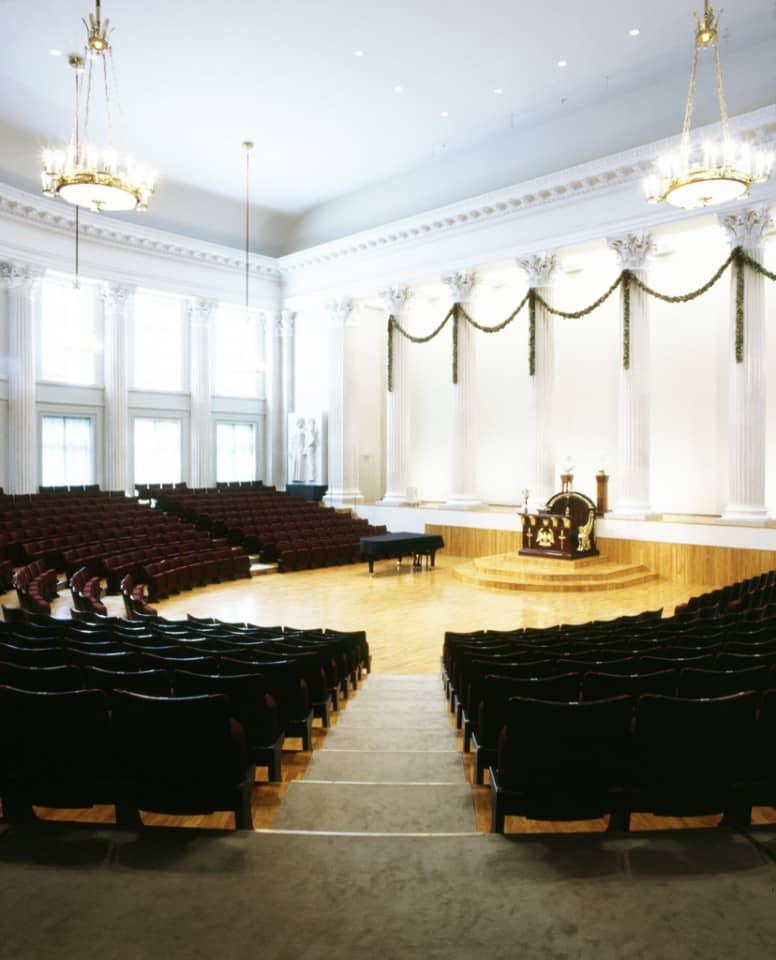 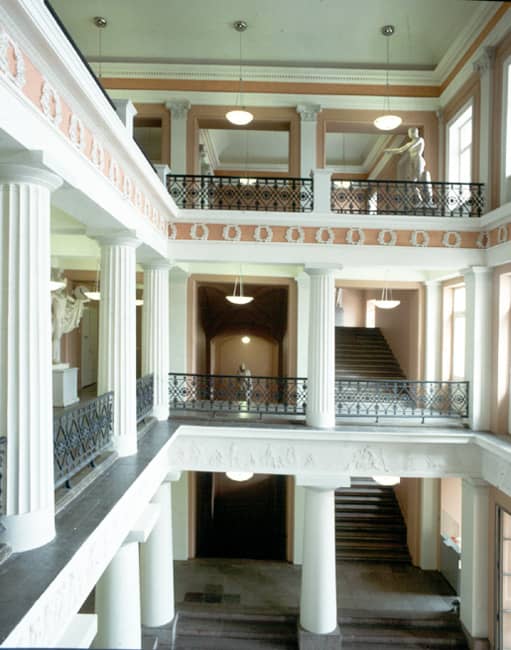 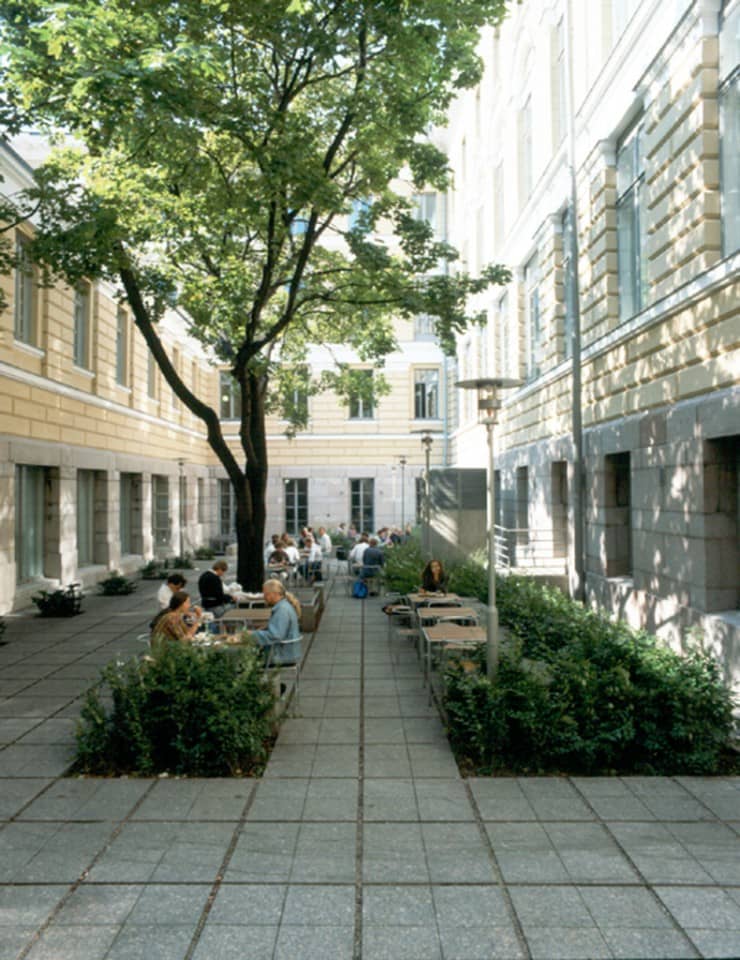 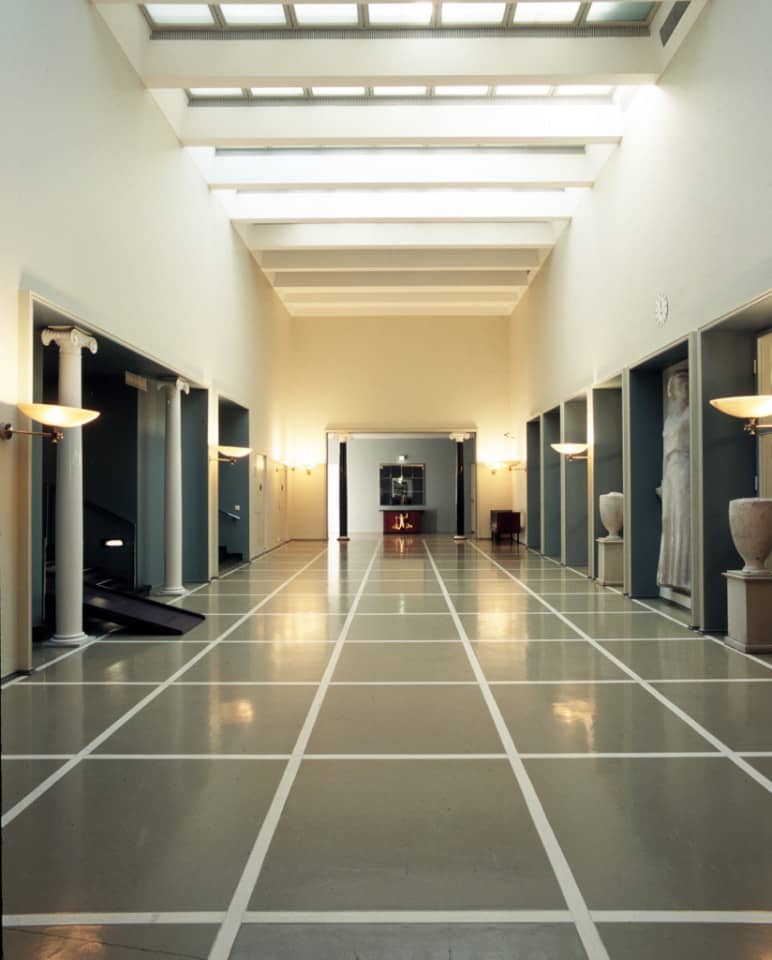 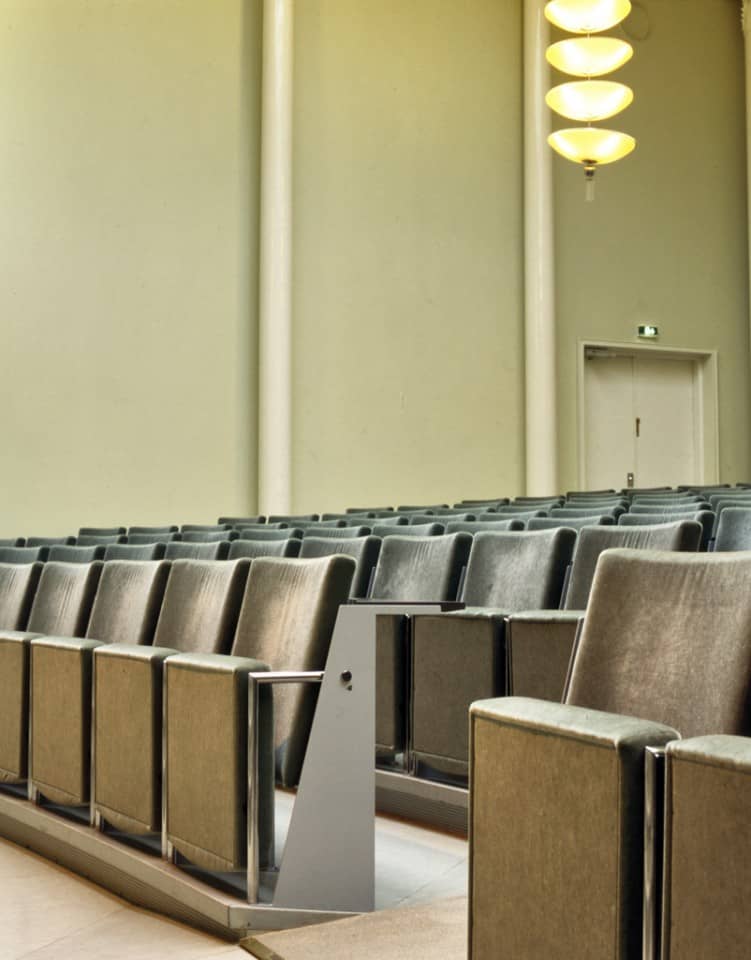 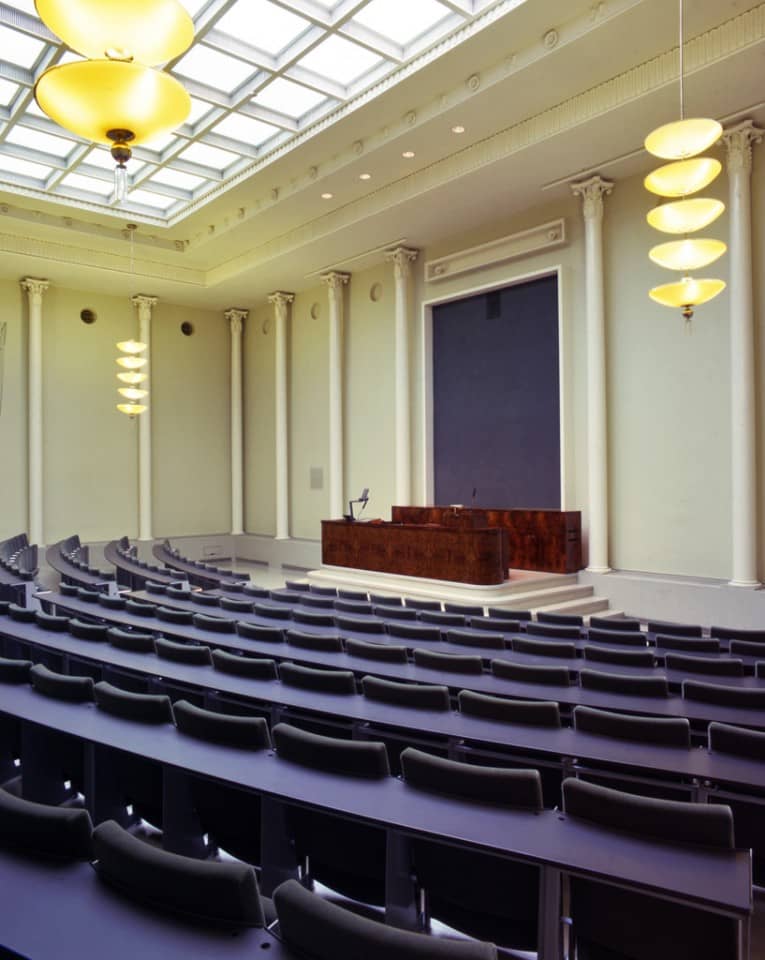 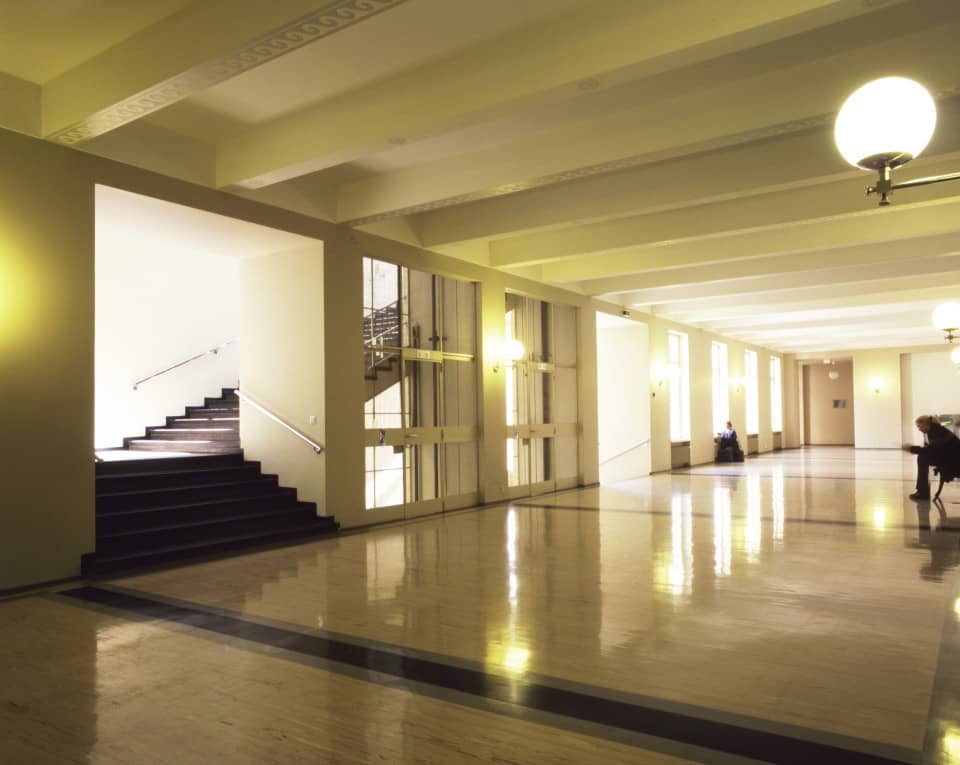 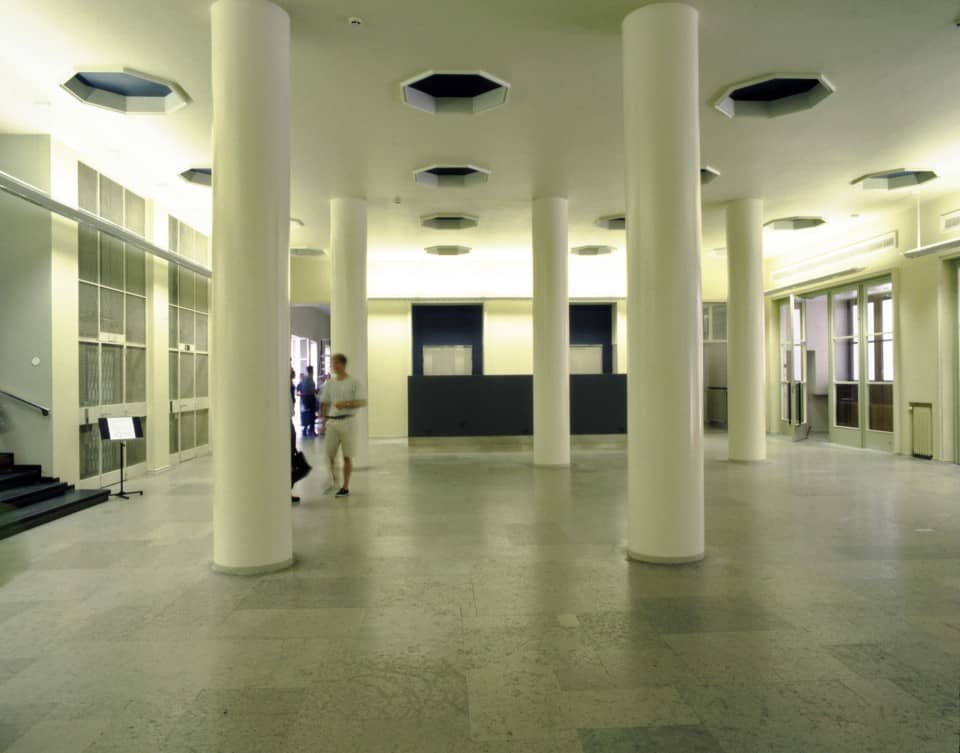 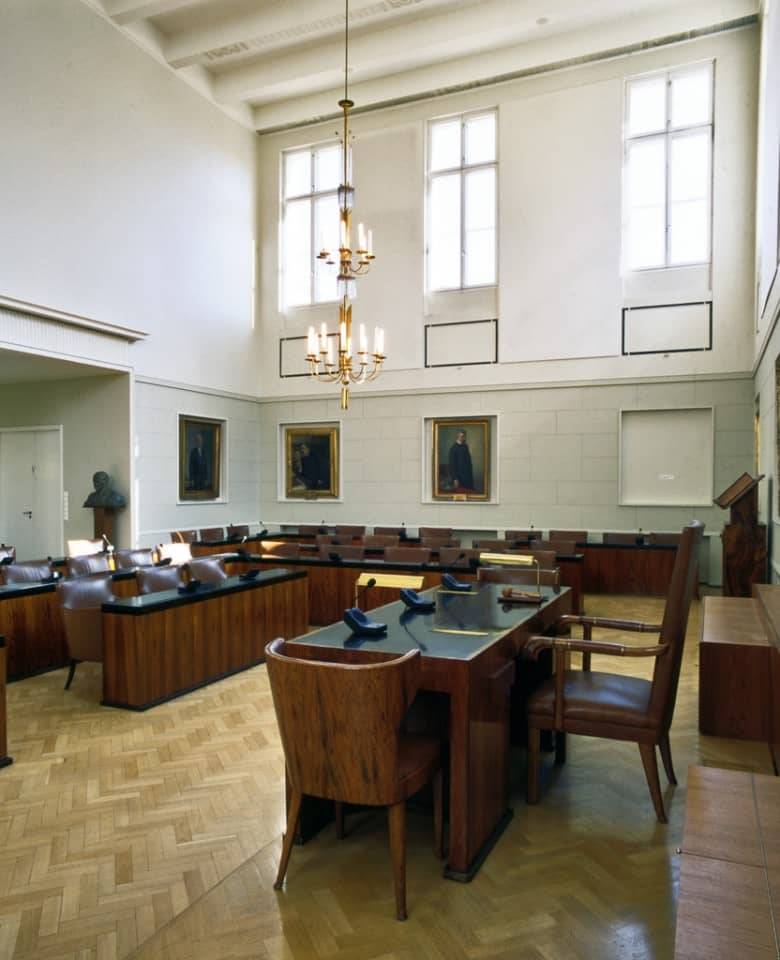 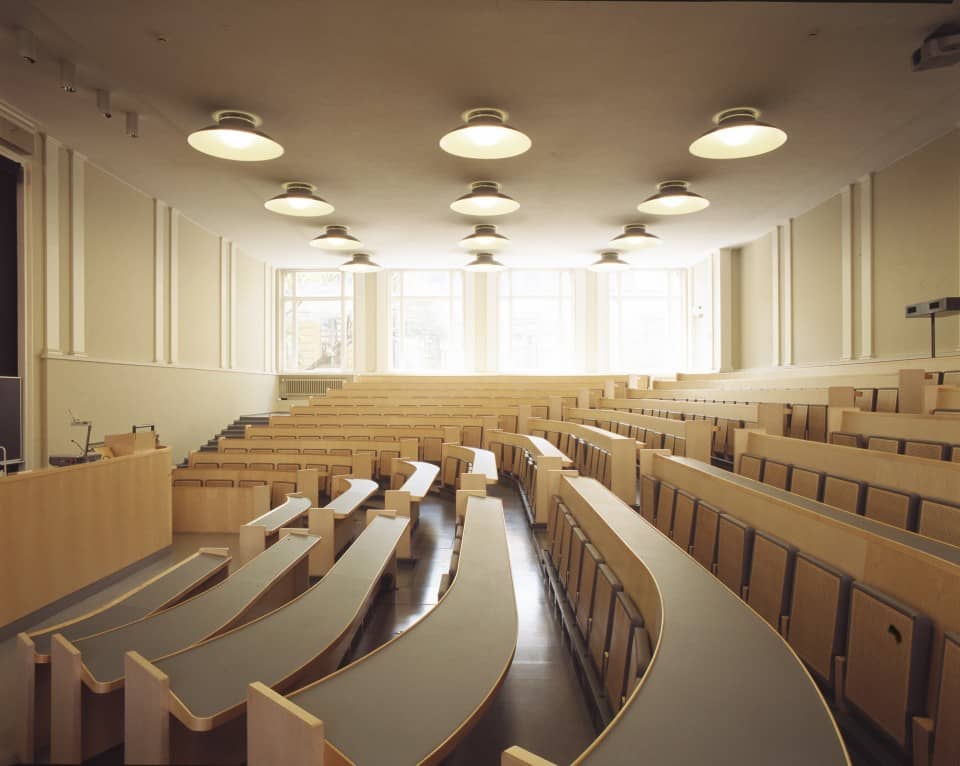 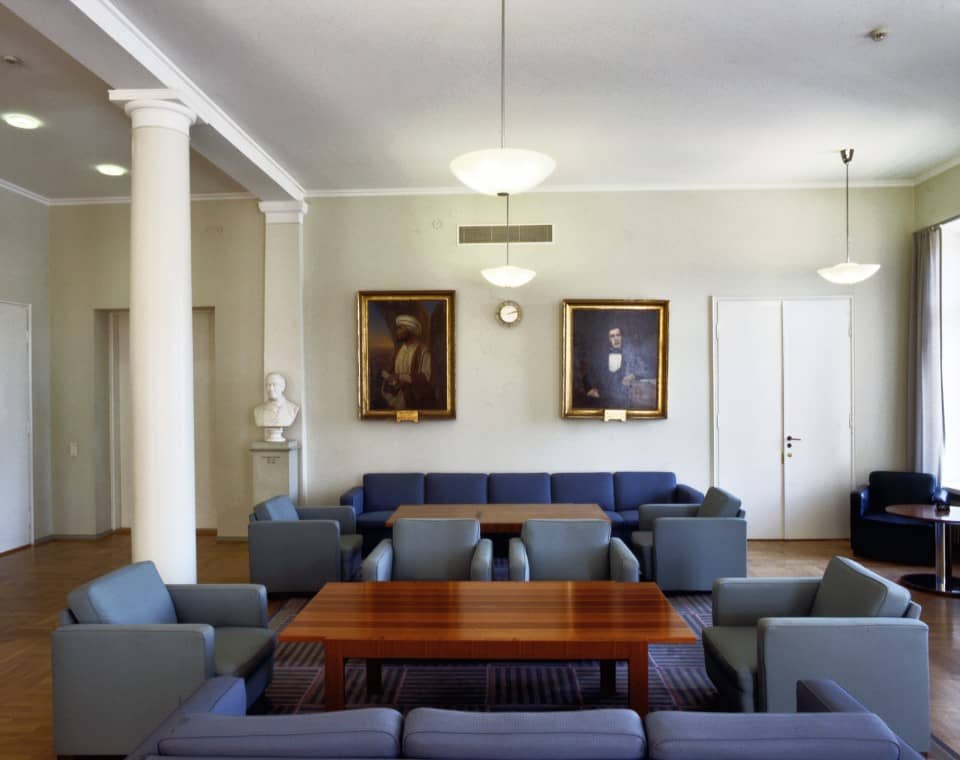 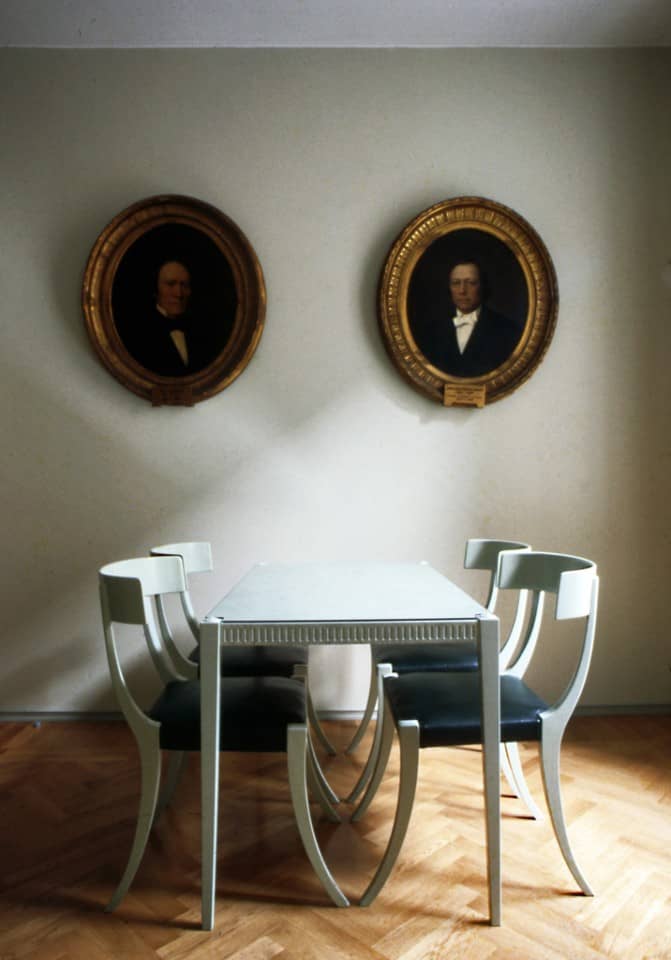 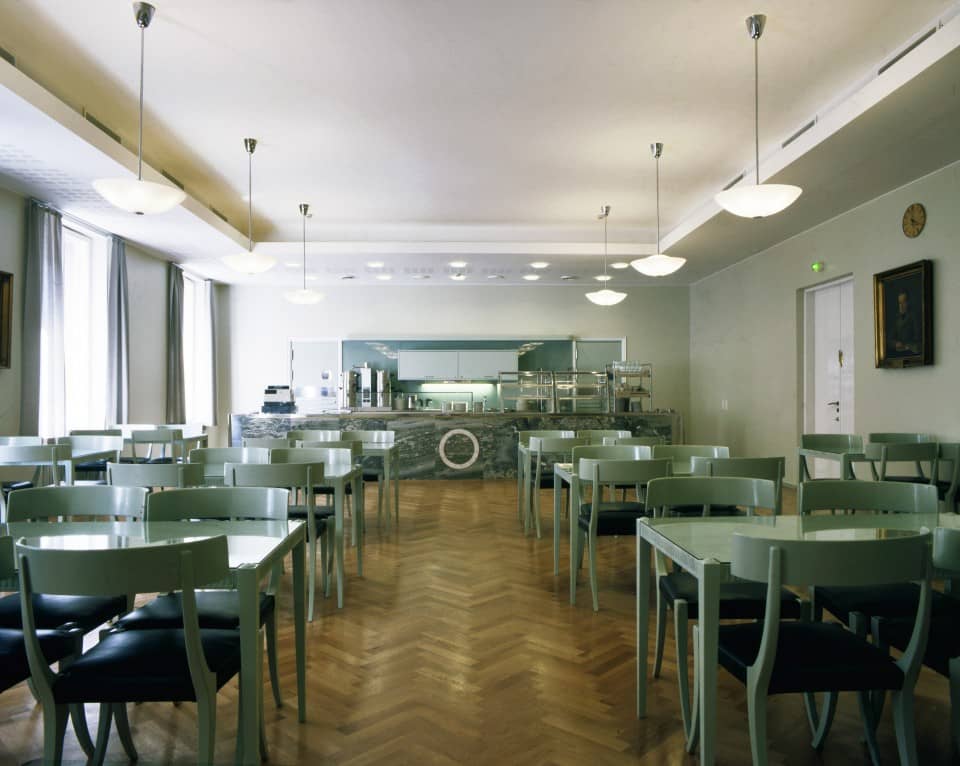 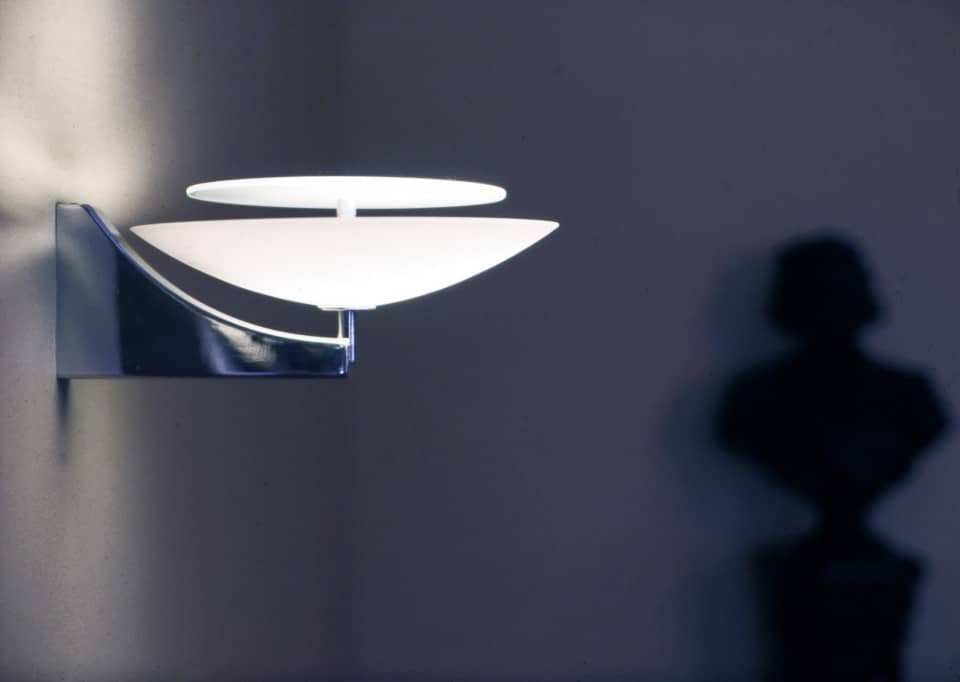 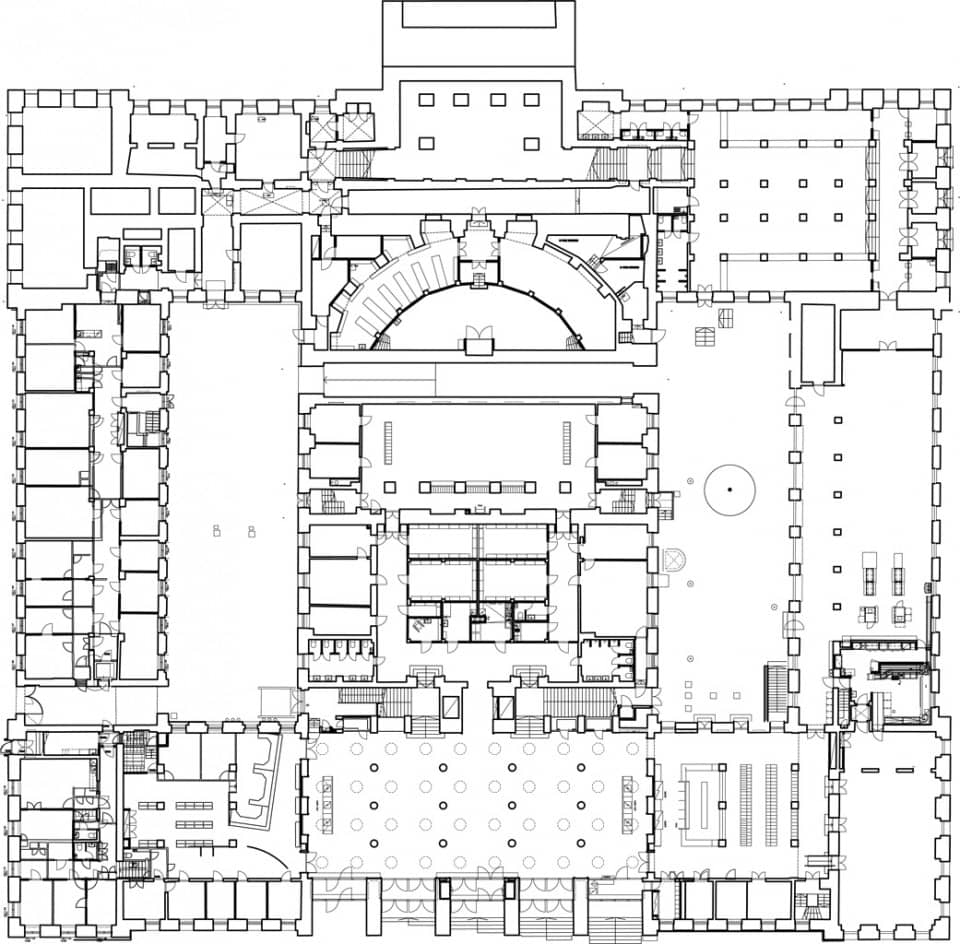 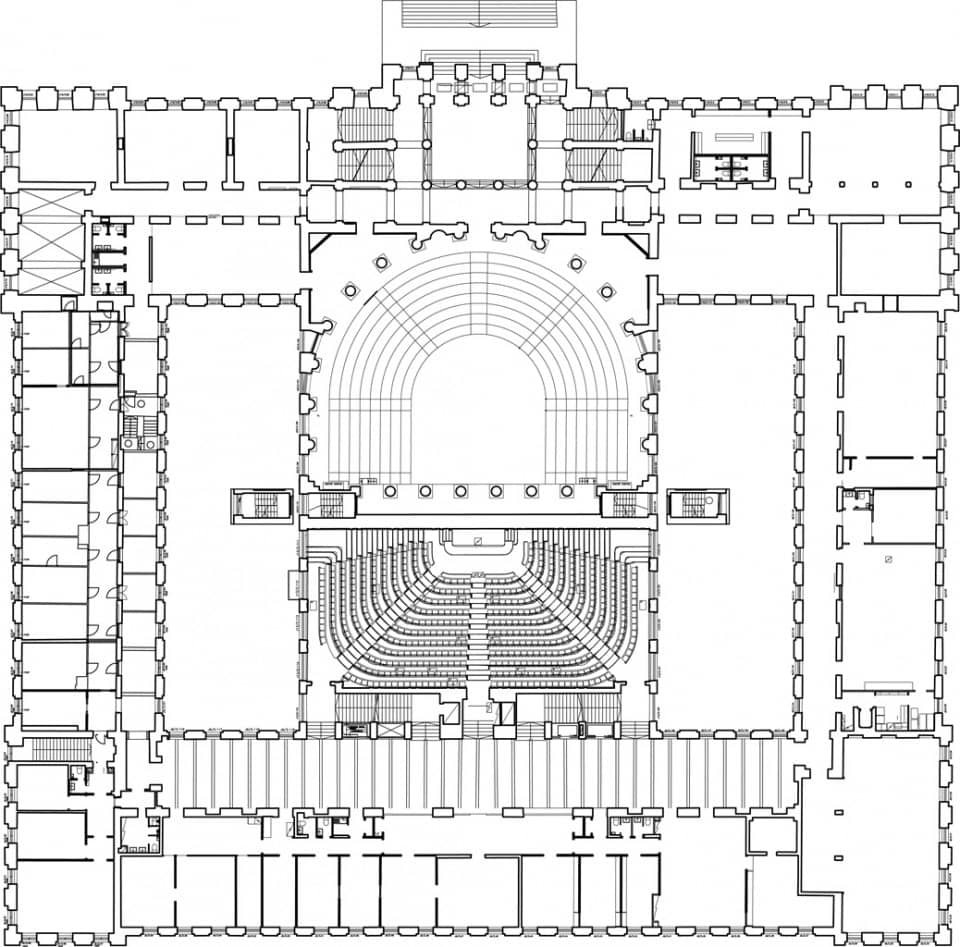 The main building of the Suomen Keisarillinen Aleksanterin-yliopisto (Finland’s Tsar Alexander University) was completed in 1832. C.L. Engel designed the Empire Classicist building as part of the Senate Square entirety. It was expanded on the Fabianinkatu side in 1933-1937 with an additional building designed by J.S. Sirén. In the expansion’s exterior architecture Sirén followed Engel’s design language, and in its interior the classicism of the 1920s and 1930s. In 1938-1940 the main building was renovated and space changes were made. In 1944, the sections of the building on the Senate Square and Aleksanterinkatu sides were damaged in a fire. The main building was restored and the grand hall expanded according to J.S. Sirén’s drawings.

Repair work in the 1980s strengthened the Engel spirit by restoring the original division of space in the main building. Restoration and reconstruction painting in the vestibule and stairwell utilised the original reddish hues. The white colour of the halls was replaced by varied brownish tones.

In the grand hall, acoustics, ventilation and technical equipment was improved. Ventilation was mechanised and directed to flow in from under seats and out at the edge of the ceiling. Recessed lighting maintained from the attic space was added, and chandeliers hung in a ring in the original manner. Acoustics were improved with chair upholstery, wall cladding and heavy curtains. Worn parquet boards were replaced with oak rod ? parquet. Furnishings and upholstery from interim phases were repaired or replaced.

Lecture and seminar halls were repaired. Ventilation was mechanised and ducts installed in wall closets, preserving the original shape of the space and eliminating the need for lowered ceilings. Acoustics and lighting were improved and halls were equipped with an AV system. A lift was also installed in the building.

The exterior of the building was renovated entirely: all roofing and skylights were replaced. Plastering in good condition was preserved, and façades were cleaned of old paint and painted with silicate paints. To highlight the cohesion of Senate Square, the renovation work group decided on a yellow colour that has been used for the past hundred years.

Only one maple was left of the original university green, in the southern courtyard that had been left for maintenance use. The yard was refurbished for leisure use, paved with granite slabs, edged with bushes and lit, and new passages were opened to it from the lobbies.

During Sirén’s expansion renovation in the 1990s lighting and acoustics in the main hall were improved, the AV system was replaced, a new ventilation system was installed in the floor and floor structures were repaired. Ventilation equipment that blocked light was removed from skylights. Lights were designed according to photographs of the originals. Lecture halls that had been divided into offices, along with the orchestra foyer, were returned to their original use. The Runeberg and Topelius halls were decorated alongside the consistory. The majority of furnishings were preserved and restored.

The new section underwent a full renovation in nine phases, some of which was done between semesters and some while the building was in use.