In the conversion of the shipbuilding halls and rope factory in the old Aura River shipyard area into an arts academy and conservatory, new and old engage in interesting dialogue with each other and their environment. Our own age contributes its own layer as part of the living, rich and exciting whole. The Turku Arts Academy and Conservatory has also been recognised at an international level as an example of a successful process in which industrial areas on the edges of city centres, so-called brownfield areas, are transformed into environments for living and creative work. 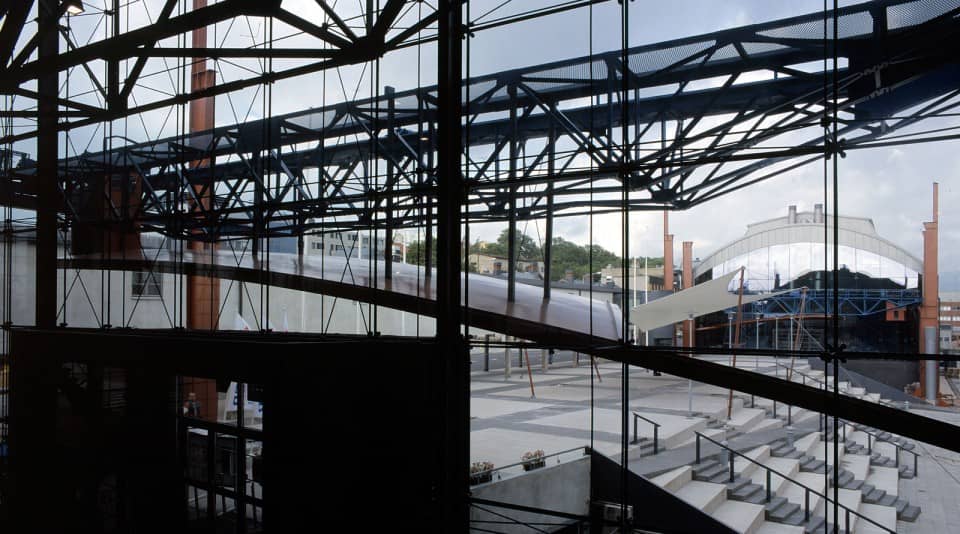 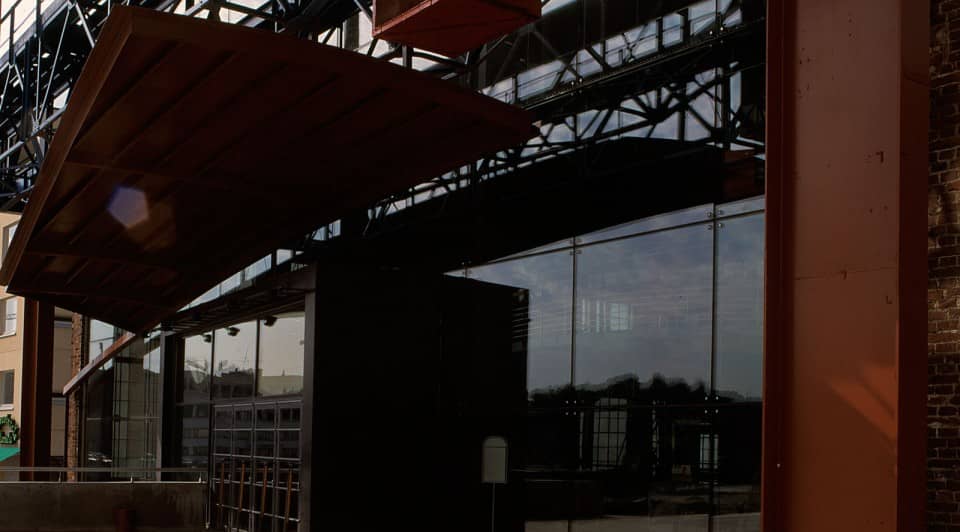 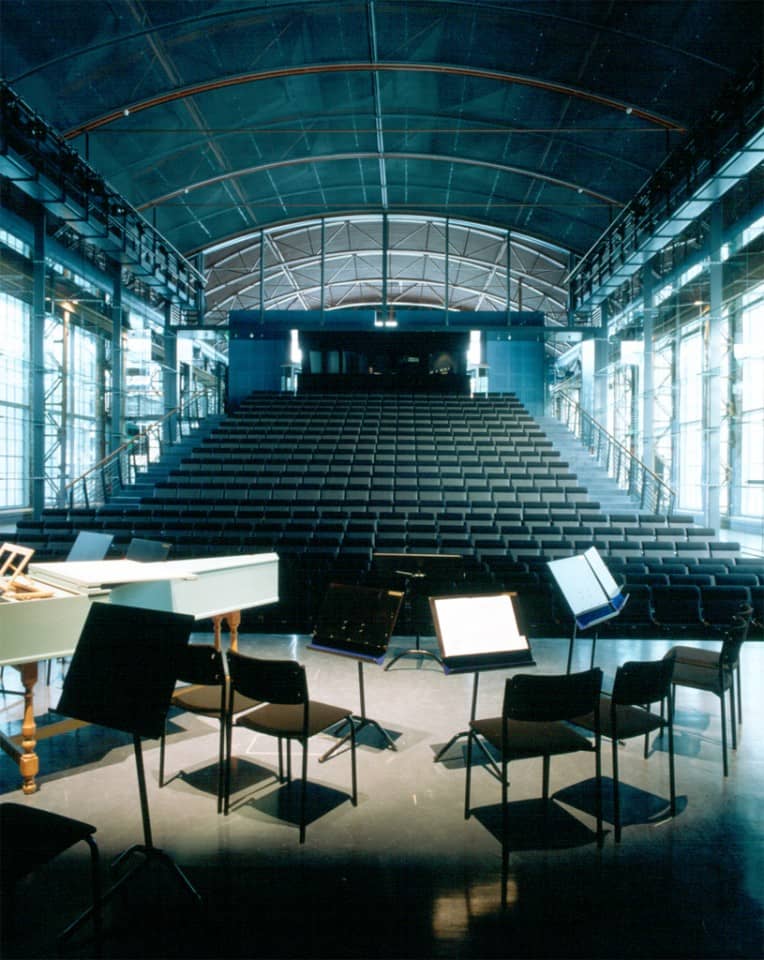 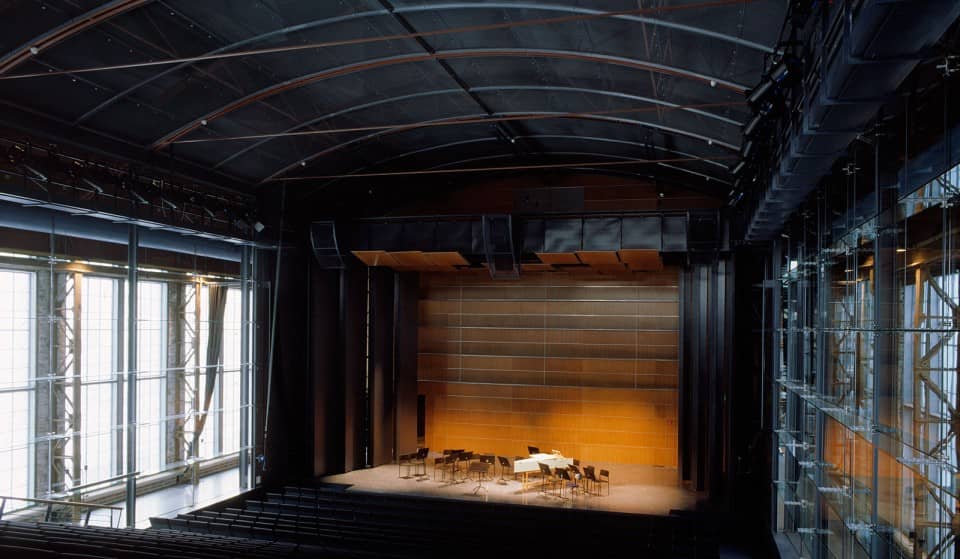 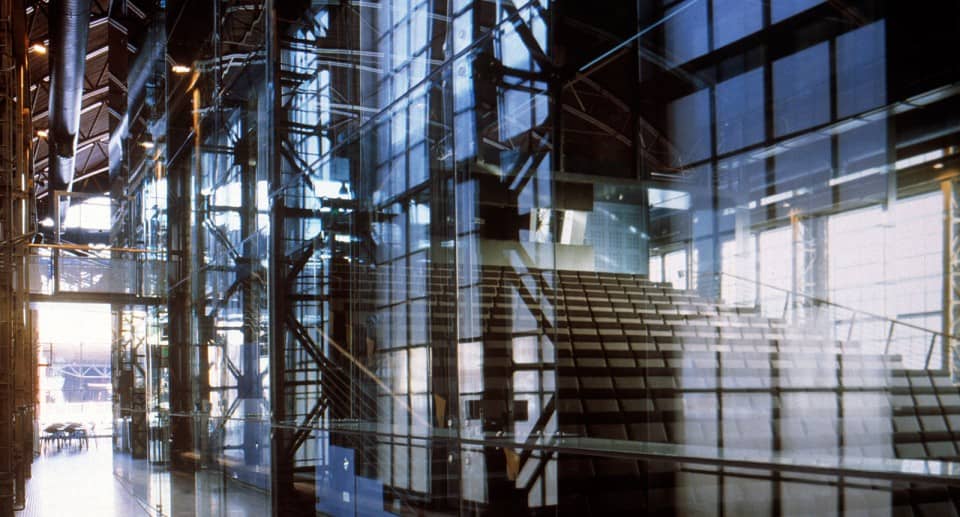 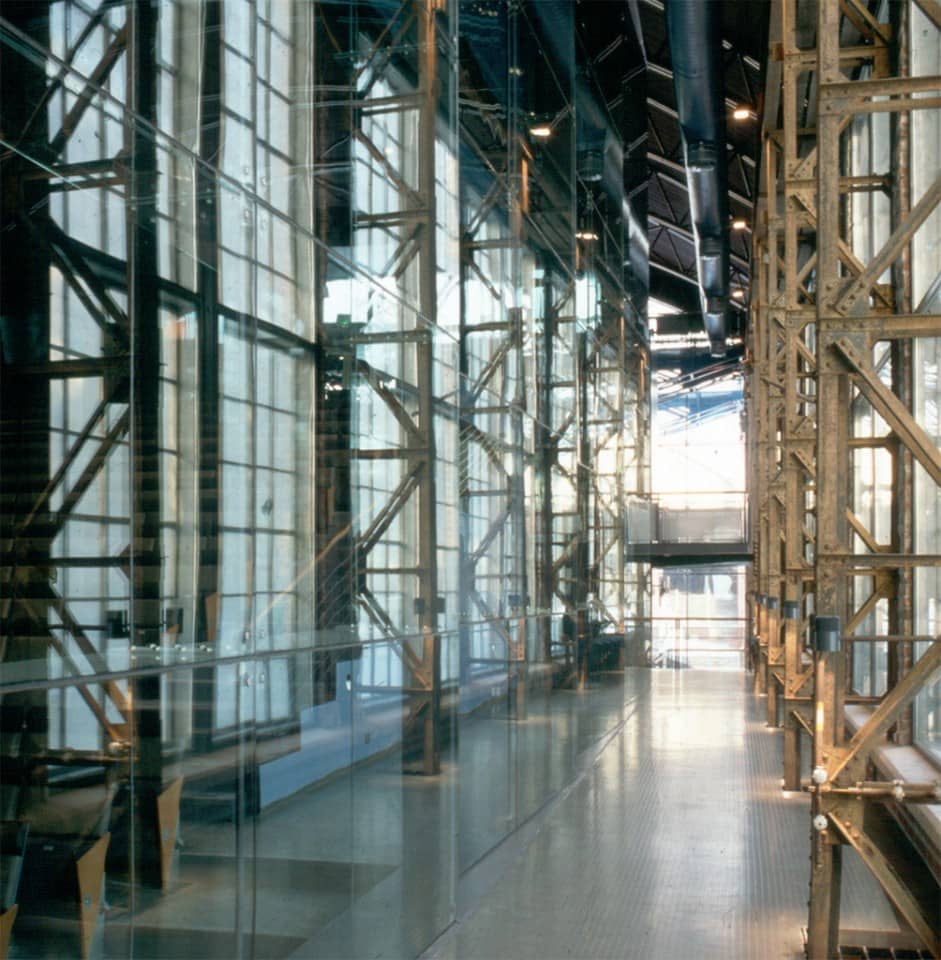 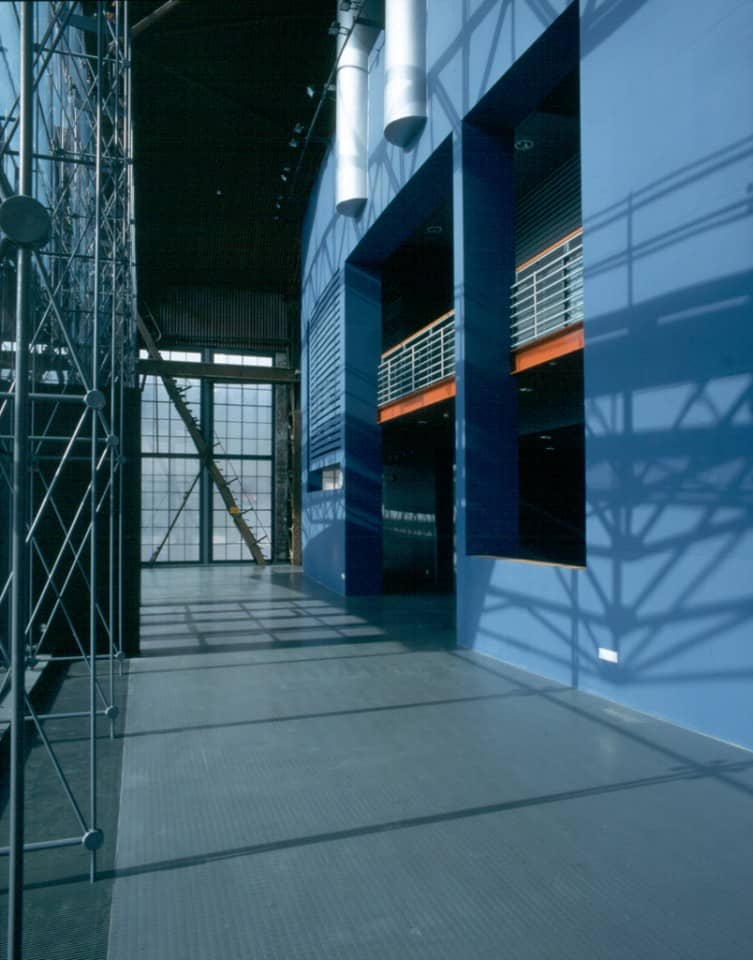 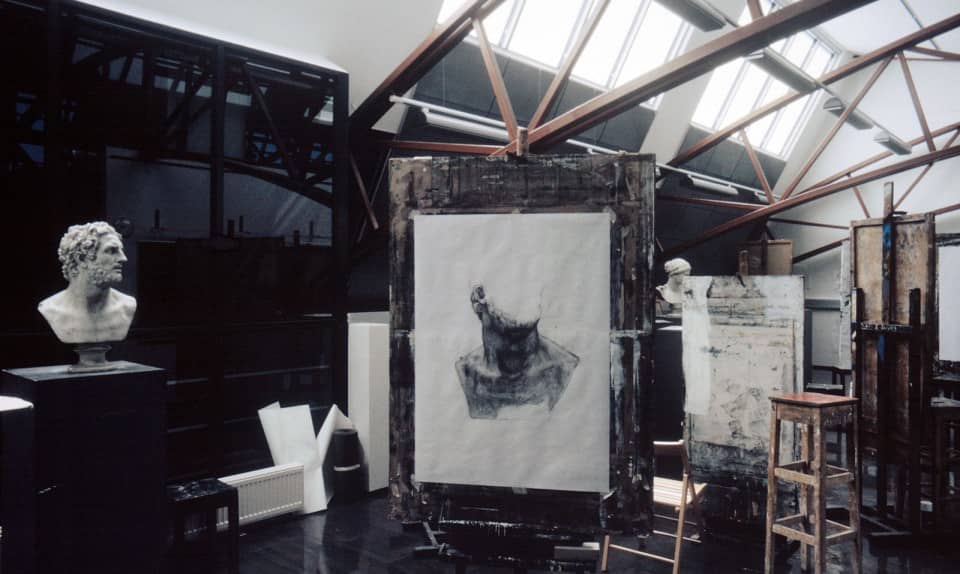 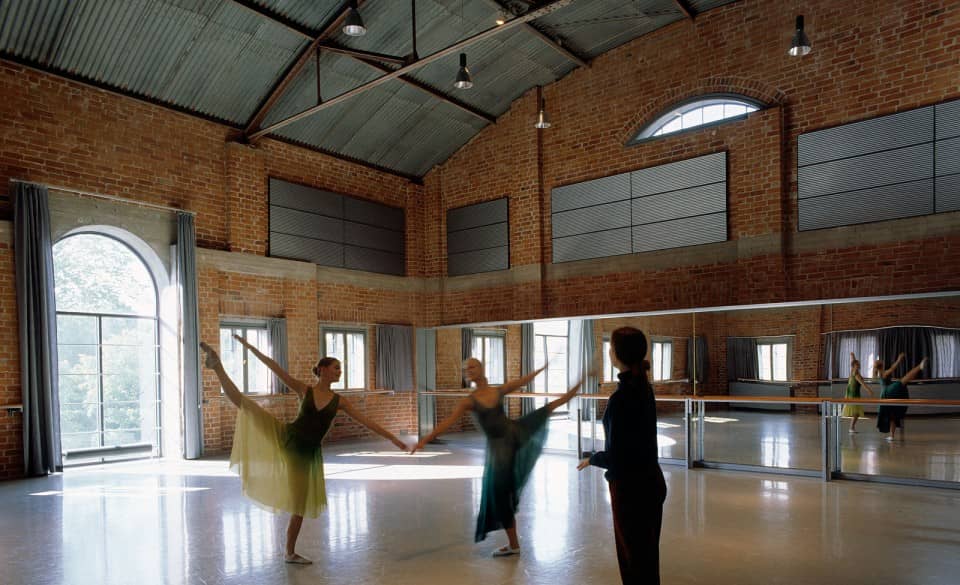 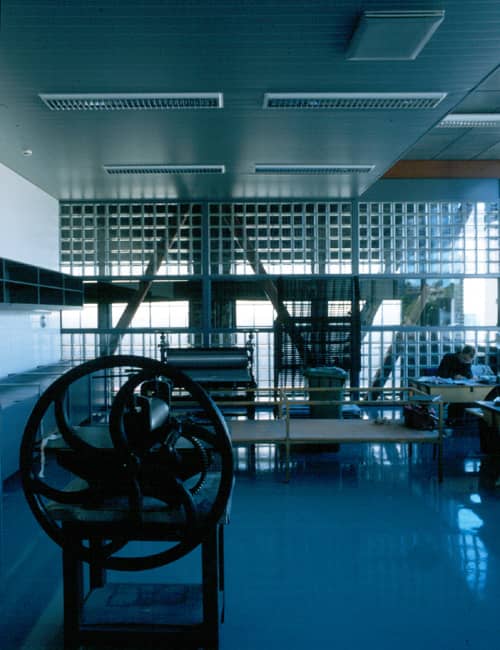 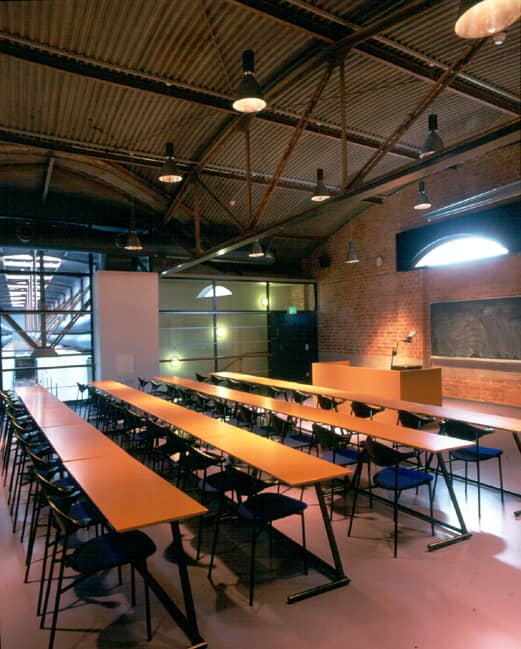 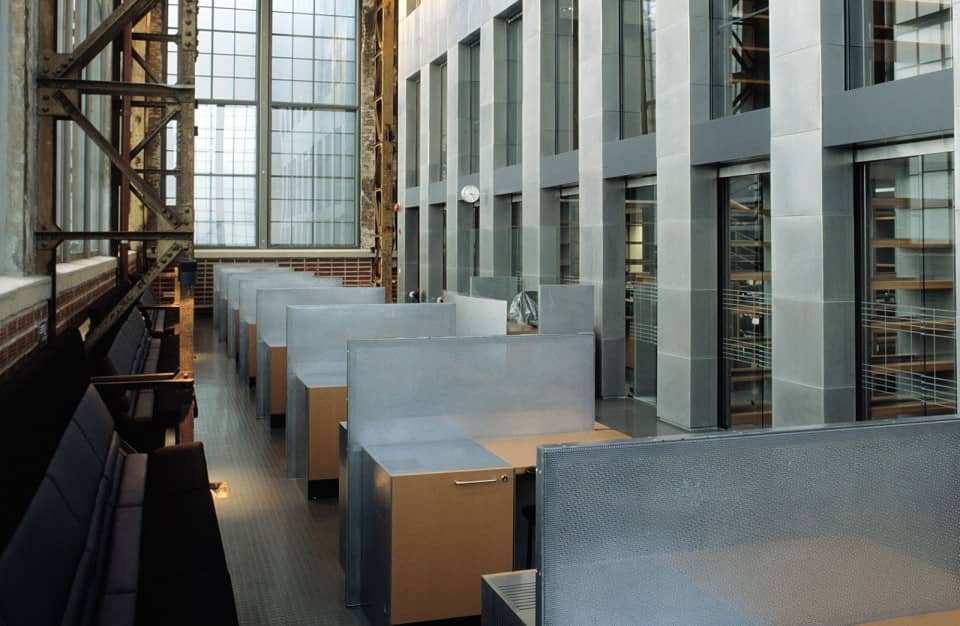 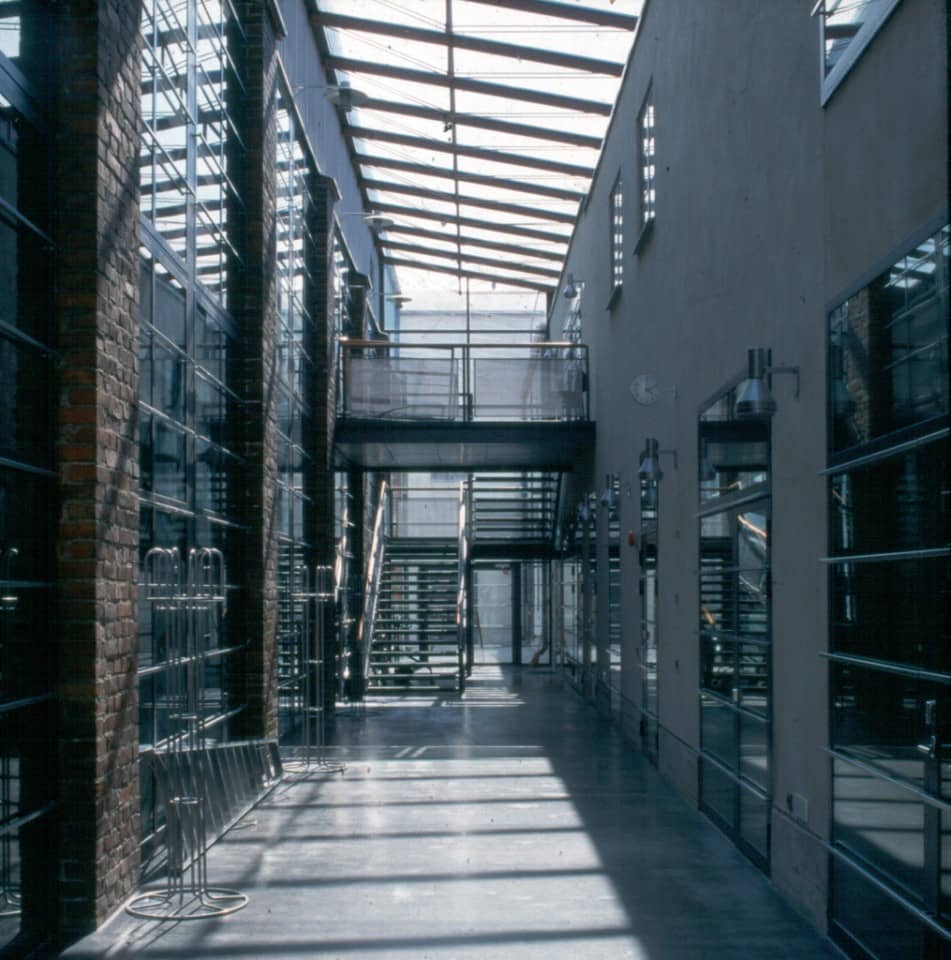 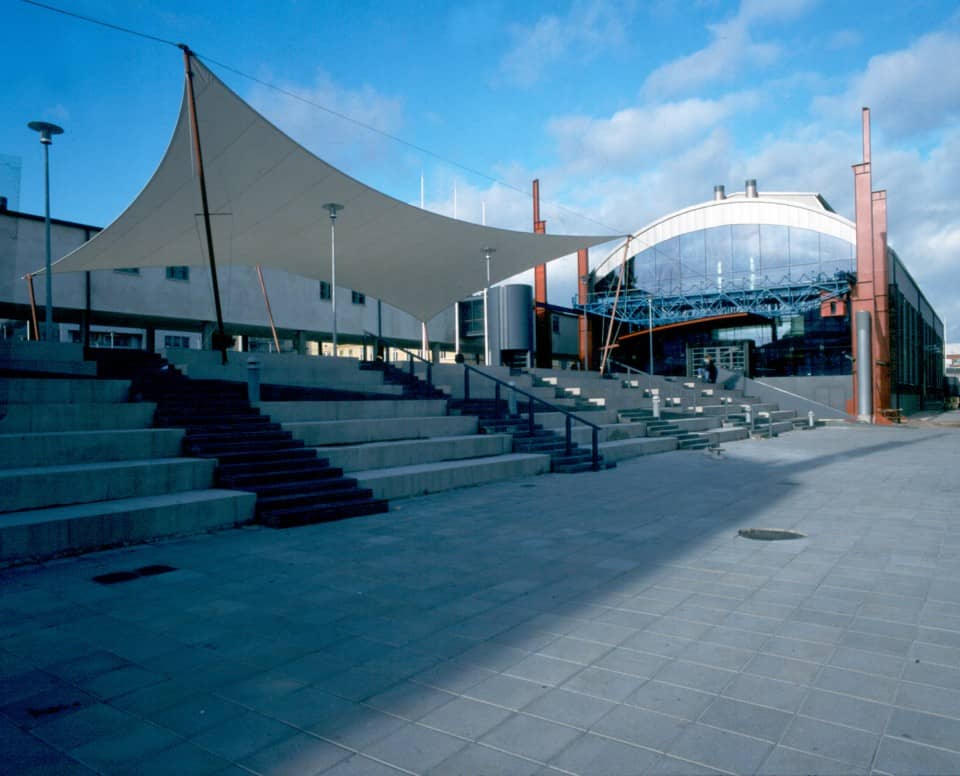 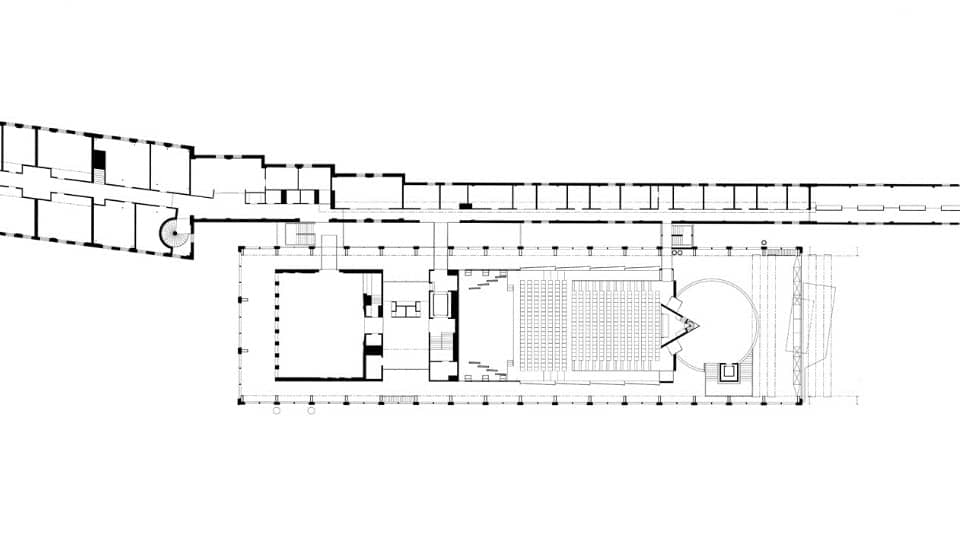 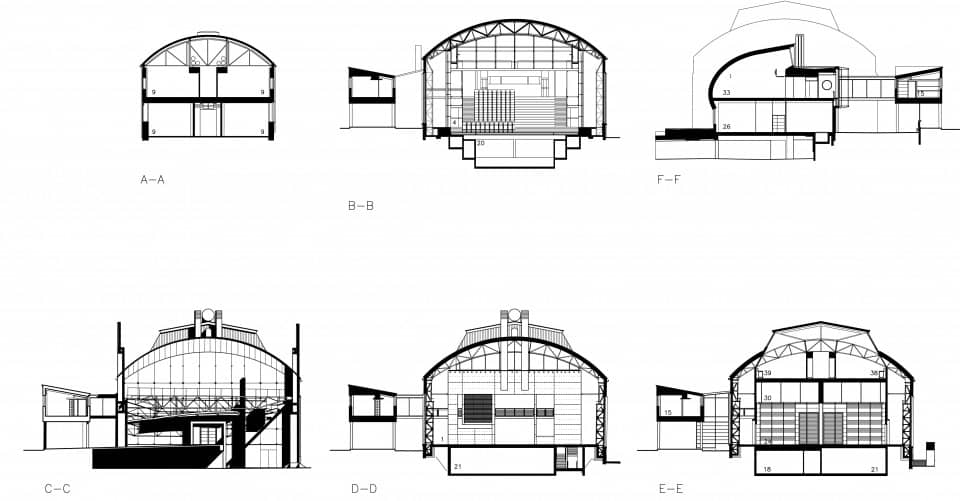 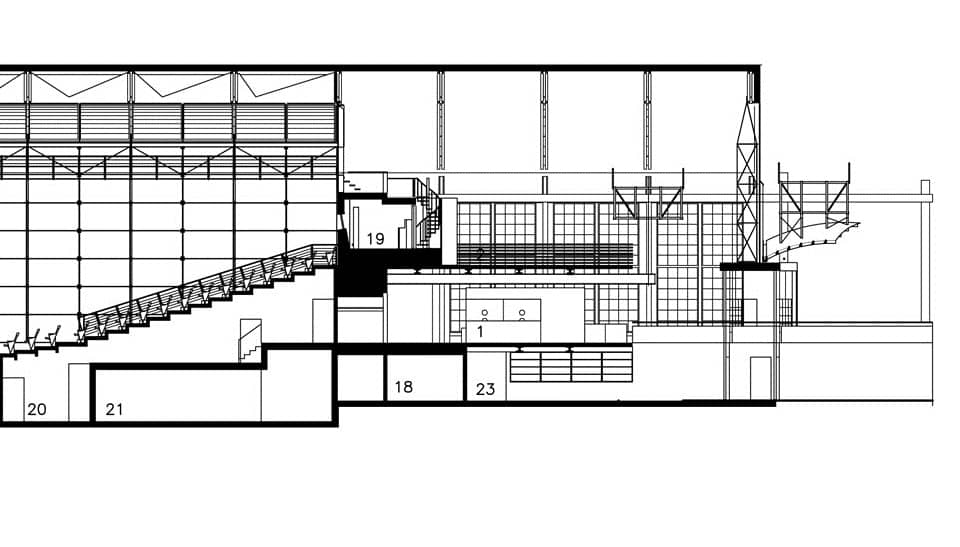 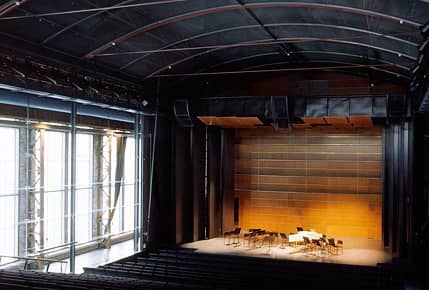 The Turku Arts Academy and Conservatory, completed in 1994 and 1997, are located on Linnankatu in the old Aura River shipyard area. The Conservatory is located in a shipbuilding hall (1928) and rope factory (1934, Gunnar Wahlroos), and the Arts Academy in a second hall (1928), social building (1970s) and a new section. The buildings are connected by a 270-metre corridor in a rope factory (1934). Between the shipbuilding halls the renovation created an outdoor forum, Varvintori, which opens onto the Aura River and the tall ship Sigyn.

The Conservatory’s public areas, Sigyn Chamber Music Hall (400 seats) and its lobby, the Crichton Hall (200 seats), Vulcan Hall (120 seats), restaurant and café, music library and study rooms were built on the “building within a building” principle in the shipbuilding halls. Teaching and administrative areas are on the second floor of the rope factory and in part in rope factory.

The Arts Academy’s theatre, dance and video-instruction areas as well as painting, drawing and graphics-instruction facilities are located in one shipbuilding hall; exhibition space, a small workshop and student union area in rope factory; and sculpture, a workshop and offices in the new section. The social building houses the arts and communication department’s administration and instructors’ areas, classrooms, editing and animation areas, a sound studio with a control room, a cinema and a photo studio with its laboratory.

In planning historically-protected buildings, special characteristics of the old architecture must be considered. In addition, planning of the Conservatory was driven by the requirement for good acoustics. Sound insulation was taken into consideration in structures as well as ventilation systems. Old, high, roomy industrial halls offered a good foundation for music-instruction space and concert halls. They were divided into smaller sections while preserving the dominant position of the original spatial forms.

In designing the concert hall we thought about how to bring the atmosphere of the old shipbuilding hall into the concert space. It was decided to build the hall with glass walls. The wall architecture is formed by a meeting of acoustics and glass structure. Old, patinated, riveted steel structures were left visible. Gantry cranes were left as part of the lobby’s interior to support the foyer level and roof structures at entrances.

The façades of the rope factory and shipbuilding halls were preserved with nearly their original appearance: depressed façade structures were not straightened, the patina of steel structures was not removed and new glass was lightly sandblasted. Conversely, in the glass wall of the lobby a point-fixed glass structure was used for the first time in Finland.

In acoustics planning, computer software was used for the first time in Finland.

In 1995 the Turku Conservatory won the ECCS ECCS European Steel Construction Award and in 1996 the EU Europa Nostra Award. In 1999 it was nominated for the EU 6th Mies van der Rohe Award for European Architecture.