The Inventory Chamber is part of the Fortress of Suomenlinna World Heritage Site. In the conversion into the Suomenlinna Centre our logic was to renovate the old section for a new use while keeping it as untouched as possible, and to bring new architecture to the destroyed section using old materials in a modern way. New and old have an interesting dialogue among themselves and their environment. Our own age contributes its own layer as part of the living whole.

Customer: The Governing Body of Suomenlinna 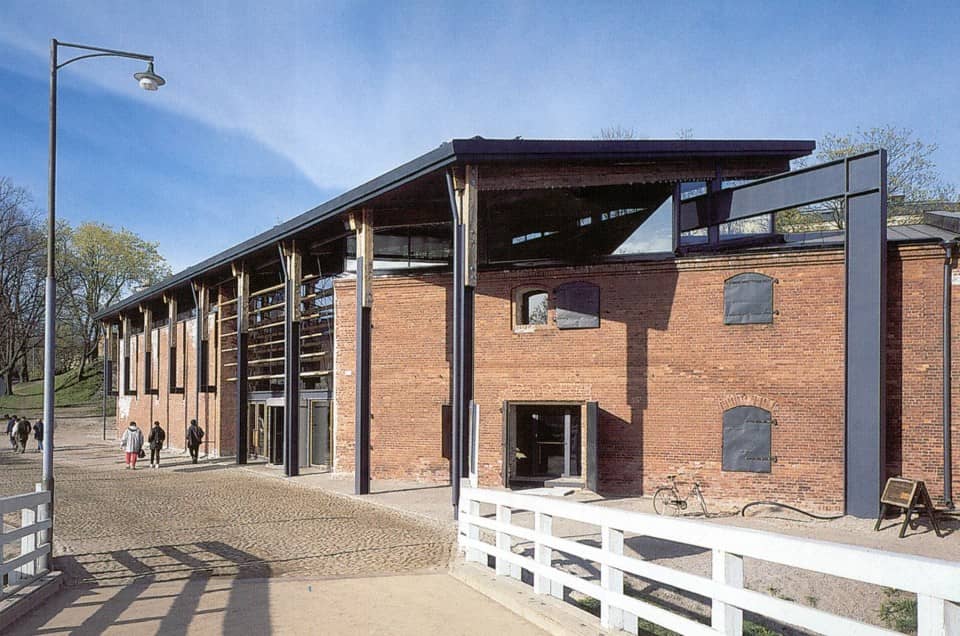 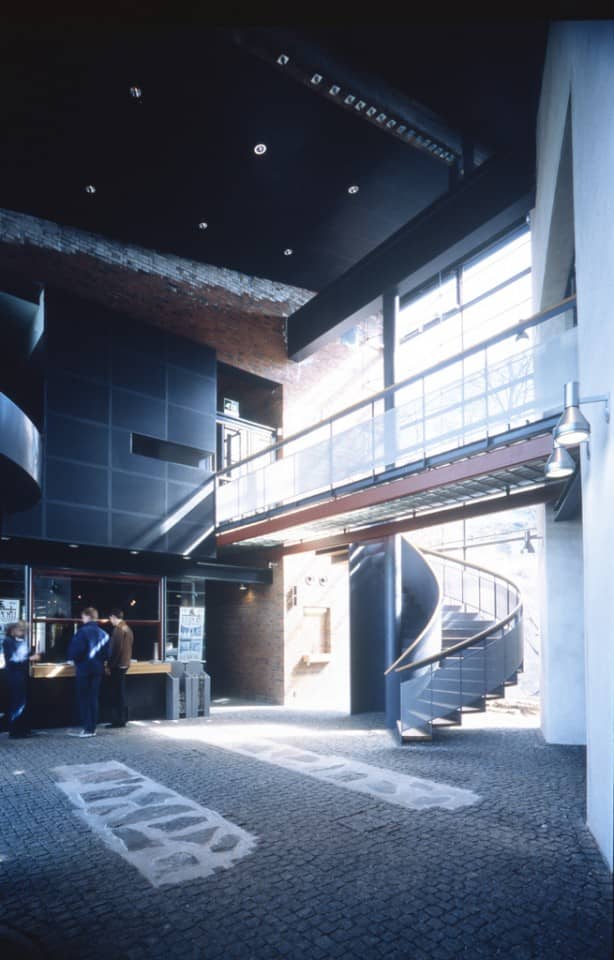 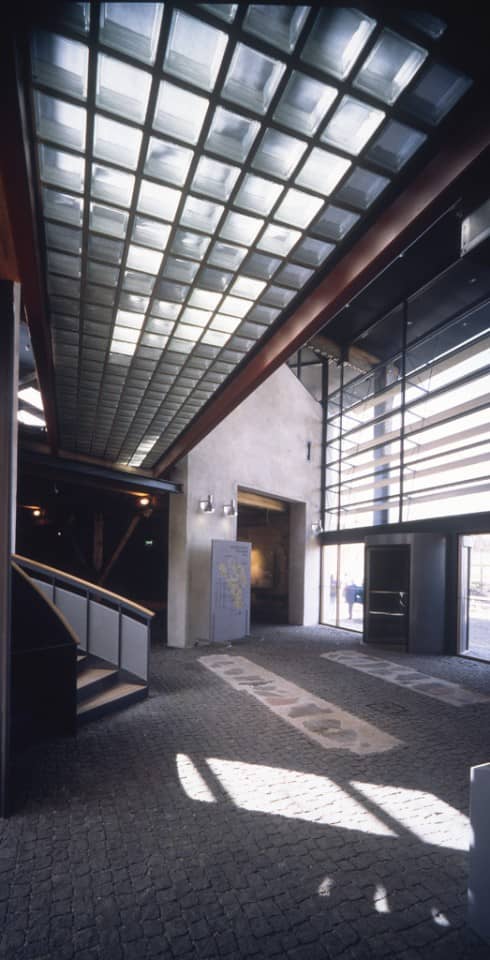 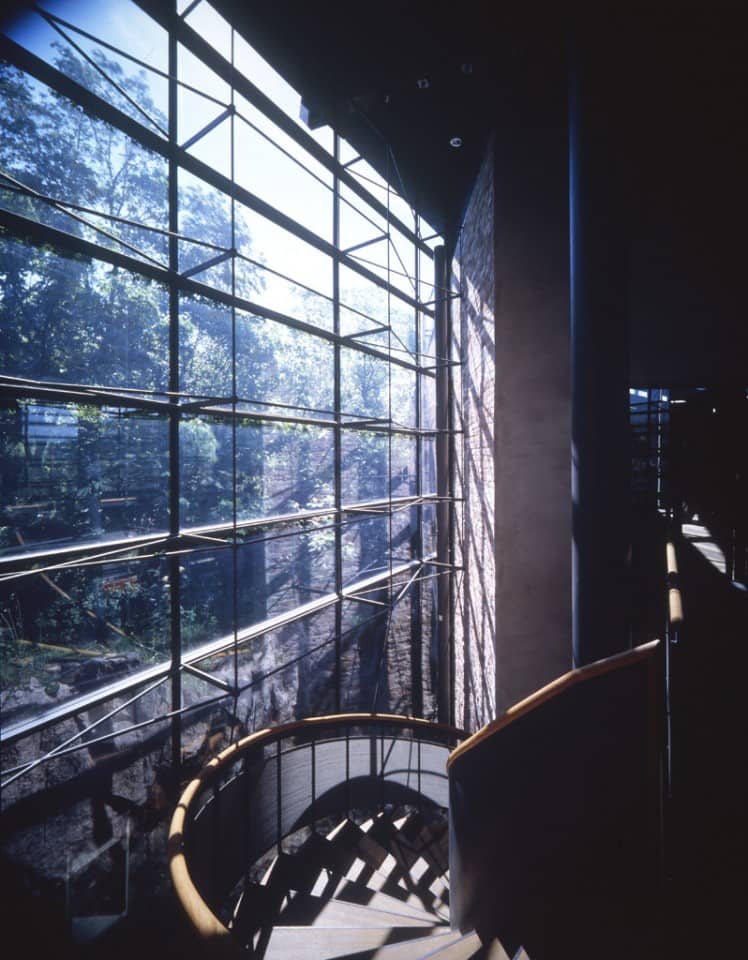 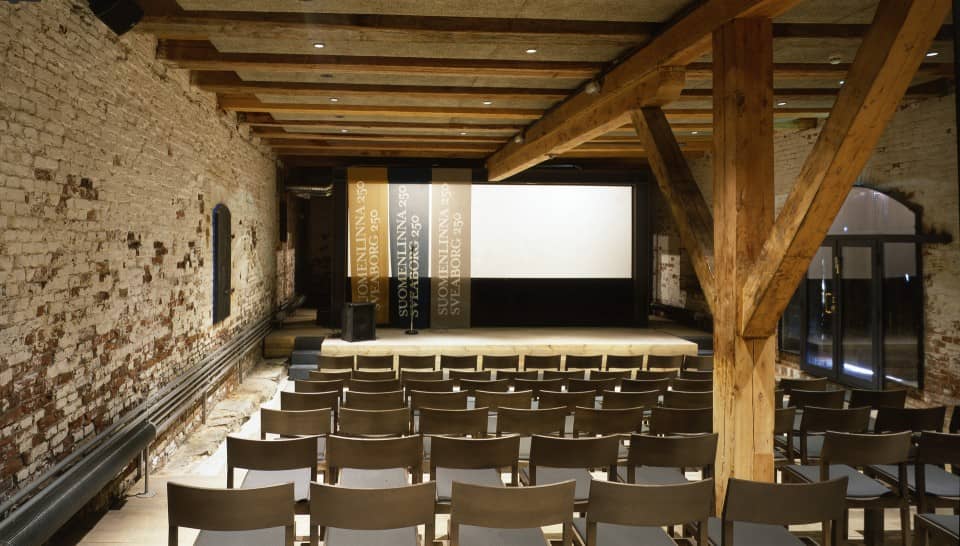 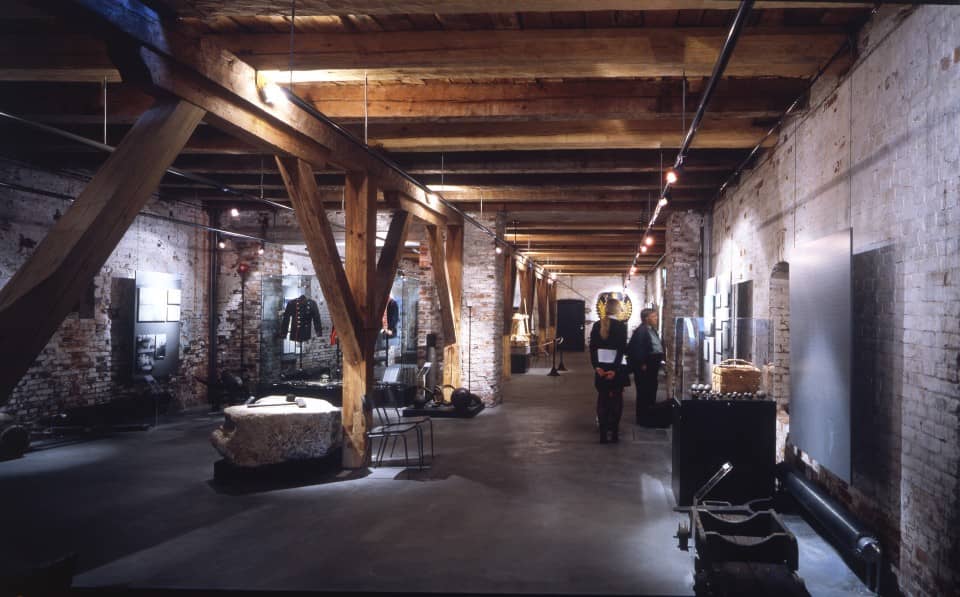 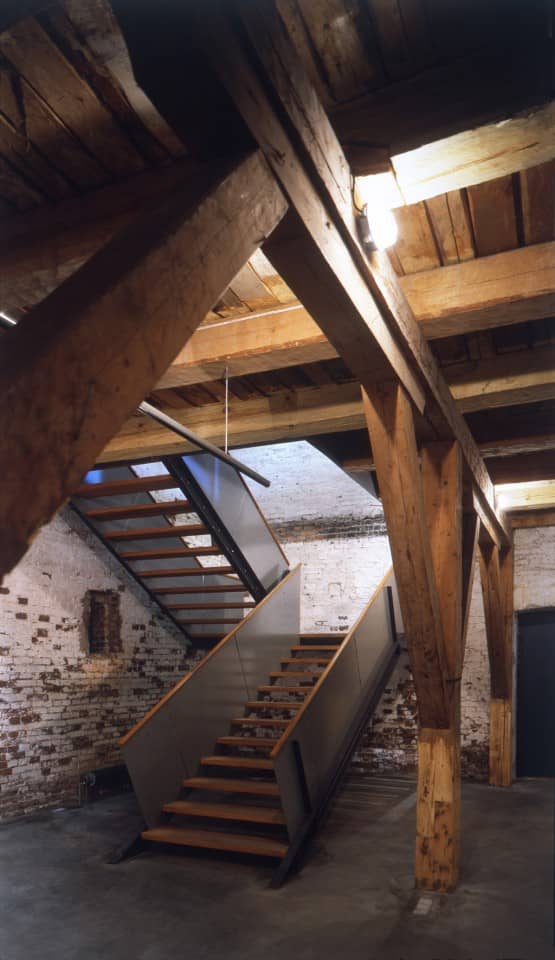 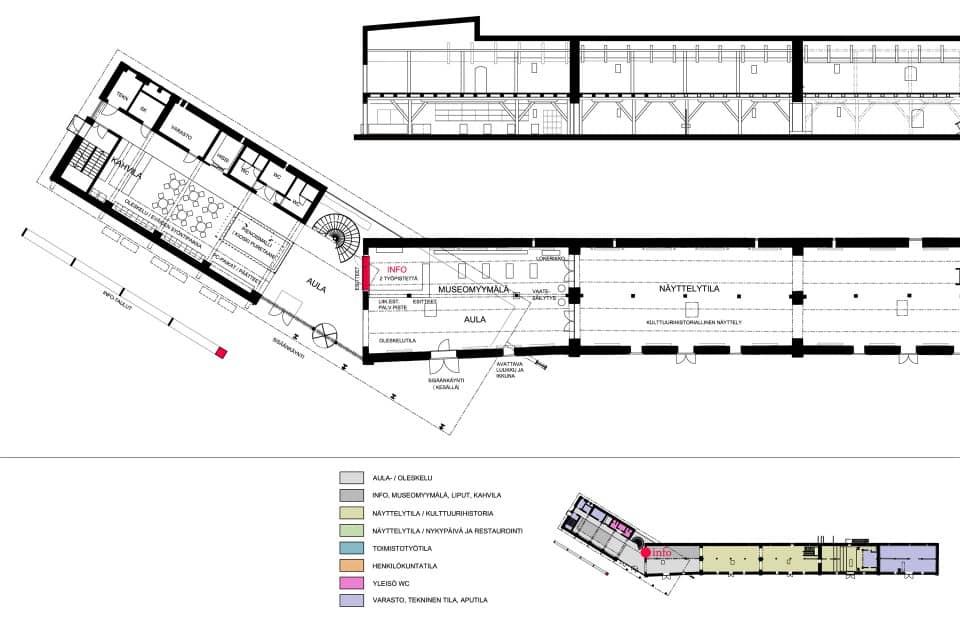 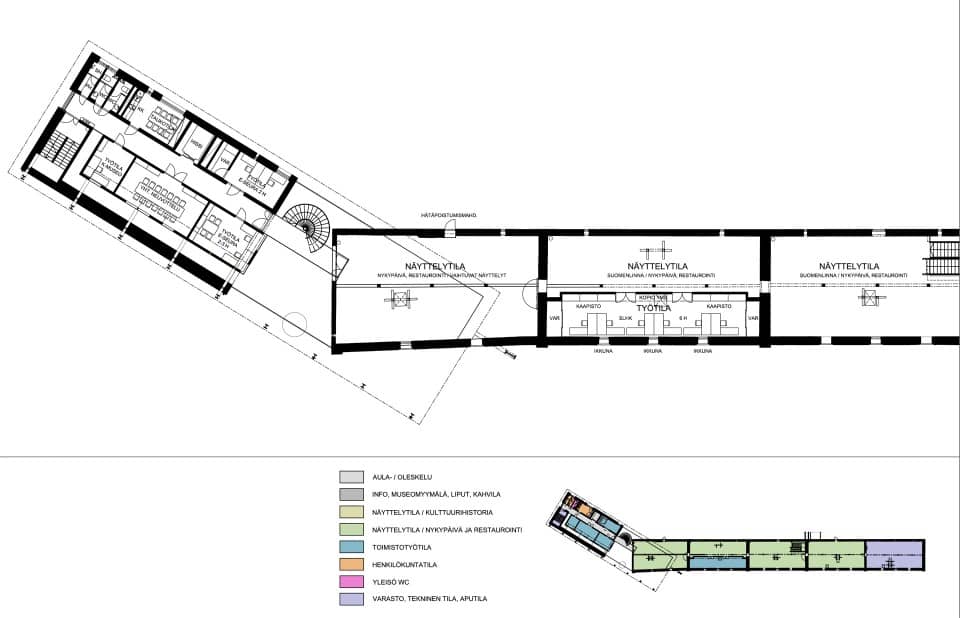 The inventory chamber and its rounded timber woodshed were built in 1778-1783 as an equipment storehouse for the navy (Fredrik af Chapman). Originally the Inventory Chamber had three floors, and a gabled central bay jutted out from its central section. The chamber and shed were damaged by fire during bombing in the Crimean War, and the building was decreased to two floors during renovations. The front walls and almost all dividing stone walls were torn down during changes made in 1868. The building became a single, integrated whole.

During renovations the inventory chamber was converted into exhibit space as well as a workshop and auditorium. The demolished woodshed was replaced with a visitor’s centre. Visitors’ services are located on the ground floor (ticket booth, museum shop and restrooms), and offices and meeting rooms for personnel on the second floor. Technology is focused on the new section in order to preserve the old section, leaving it as untouched as possible.

The façades of the new section are windowless, as are those of the old section. The column-supported roof shows the building’s breadth during the Swedish era, and extending over the old section it interleaves different construction phases and eras. A glass joint links the new and old sections, giving shape to the inventory chamber’s preserved section. Offices are built with intermodal containers on a steel frame.

The load-bearing frame of the new section is a combination of wood and steel. Wooden beams are solid pine rafters from the demolished building, and steel columns are I-steel appropriate to the area’s industrial spirit. Exterior walls are masonry facework. Interior materials are unsurfaced brick, glass brick, steel, wood and concrete.

LPR Architects also planned the exhibit structures. The panel frame is perforated board appropriate to the warehouse spirit, and enables flexible building and modification of exhibits.