The Helsinki City Theatre has attained an acknowledged position in the history of the Finnish Modernism. The result of a competition held in 1960-61, the first phase was finished in 1967. An extension was completed in 1989. A remarkable work of architecture in its urban context, the theatre is part of the constellation of cultural buildings around Töölö bay and the green landscape of Eläintarha bay. Along with the surrounding parks, the theatre is evaluated as a significant cultural milieu by the National Board of Antiquities, and is designated as protected in the city zoning plan. Demanding building conservation aims were defined by the Helsinki City Museum and Architect Timo Penttilä's original architectural solutions set challenges and requirements for the restoration. 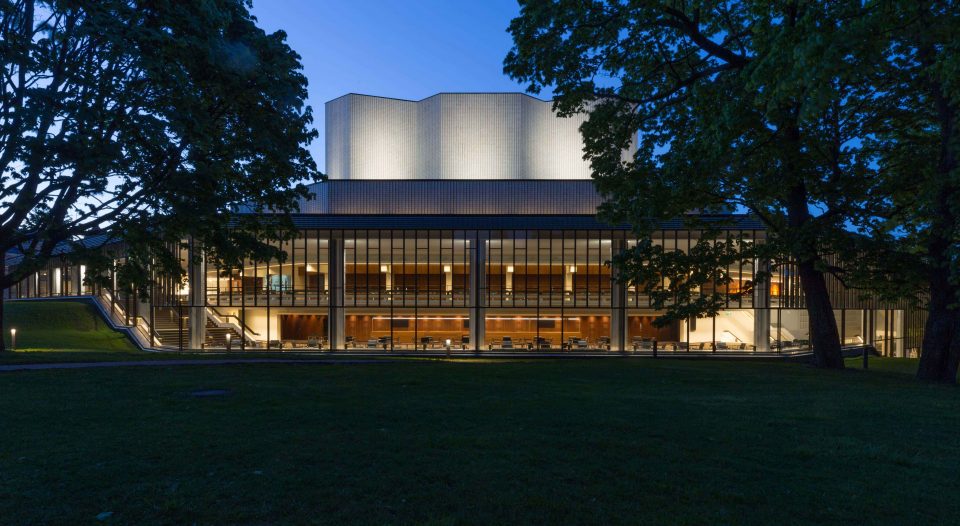 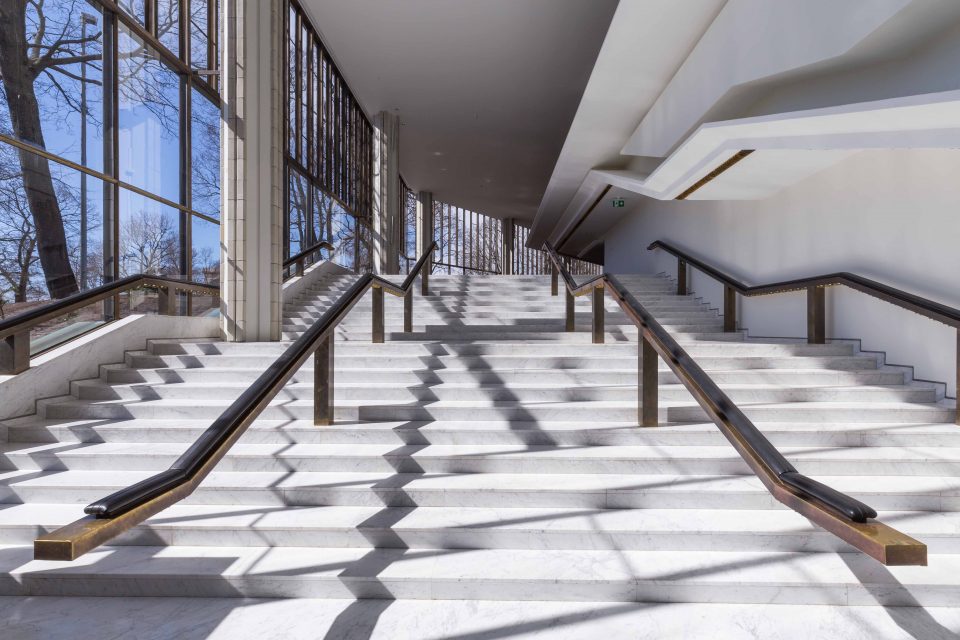 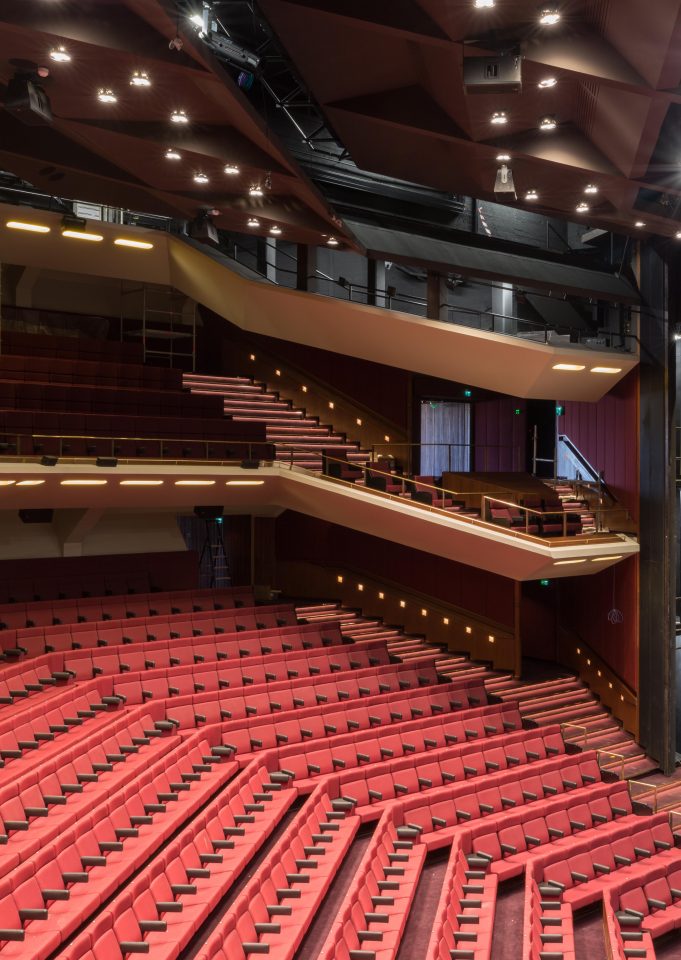 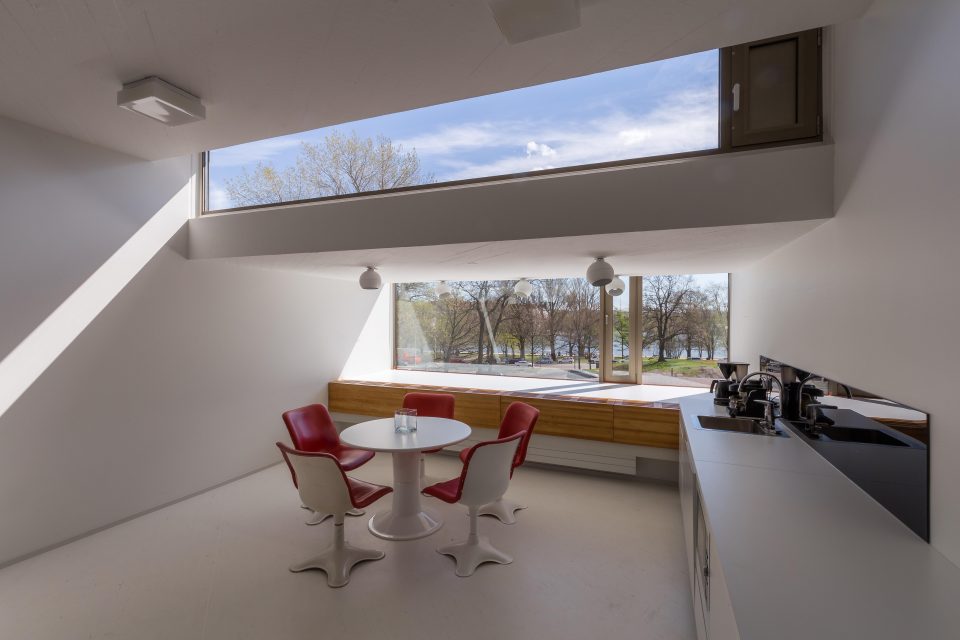 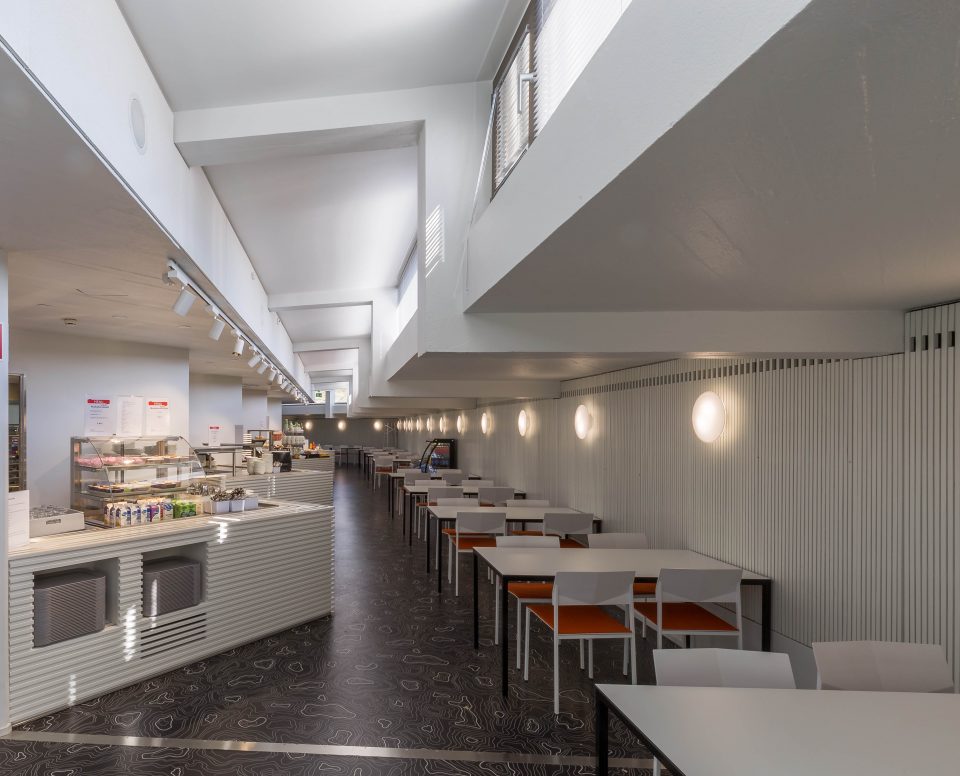 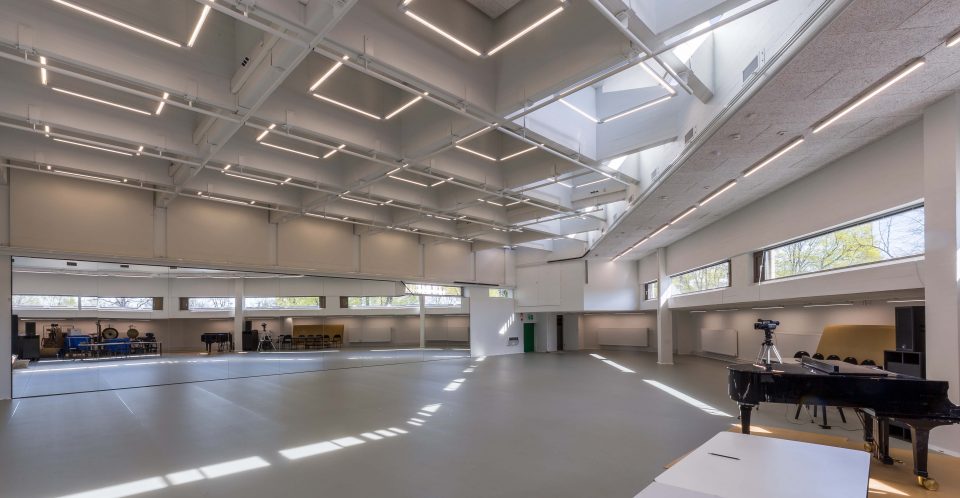 In view of preservation, a project description was drawn up delineating how extensive repairs, changes and additions were to be fitted to the original architecture. The most challenging restoration tasks were the repairs of facades, public interiors and theatre halls. These were executed in deference to the original architectural esthetics of the building. The few additions (the rehearsal hall and cabinet facilities) were integrated with the original building mass, and are virtually invisible in the finished project. Otherwise the spaces of the theatre building have been largely preserved in their original form.

A typical challenge in the restoration of modern architecture is the conservation of the original concept when updating building technology to modern standards. Among the most demanding details to preserve in this project were concrete suspended ceilings with board formwork left visible. These ceilings were used extensively in the staff corridors and are important in conveying an architectural esthetic of the time where cast in place concrete was valued as a finished surface material.

Most of the ceramic tiles on the original building facade were intact and only spot replacement of damaged tiles needed to be done. The tiles used on the 1989 extension were, however, extensively damaged due to a difference in the thickness and shape of the ceramic tile mass. The façade elements on the extension were renewed using new tiles cast in the same shape as those on the original building. The single-glazed wall of the foyer was repaired keeping the original glazing elements. The original frameless glass doors were also retained. The significance of the theatre in the cityscape is emphasized with new, diversely programmable façade lighting.

Digital techniques such as laser scanning to produce point-cloud files and BIM modelling played important roles in the production of documents for this project. In the development of design solutions, dialogue with users, the Helsinki City Museum and Helsinki City building department authorities was essential for the project’s success.

The project was issued a building permit in June 2015, and it was finished in June 2017.